B787 TROUBLES PROMPT ETHIOPIAN TO POSTPONE DEPLOYMENT TO SOUTH AFRICA 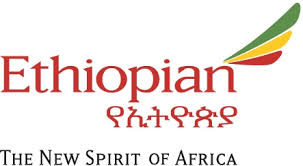 Inspite of having now two B787 ‘Dreamliner’ on their fleet, Ethiopian Airlines has reportedly once again postponed the deployment of the aircraft on the route to Johannesburg. Due to start earlier, then in late October the B787 is now only expected to operate the daily service between Addis Ababa and South Africa from December 01. Until then ET will continue to use a B737-800 on the route.

Last week did reports emerge of an unscheduled engine change on the airline’s first B787, which coincided with General Electric’s directive to carry out an inspection of all 120 engines in use already while at the same time Qatar Airways cited engine issues over the continued delays in accepting delivery of the first of their 60 ordered B787’s.

Ethiopian has ten B787’s on order and intends to deploy the aircraft on routes to the Far East, Europe and America, besides key routes in Africa such as the crucially important South African market, where they fly to in partnership with fellow Star Alliance member South African Airways.