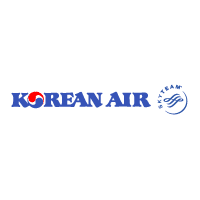 An announcement over the weekend from Nairobi gave details on the code share agreement now signed by The Pride of Africa and SkyTeam alliance partners Korean Air. The flights will leave Nairobi three times a week every Tuesday, Thursday and Saturday and connect Kenya’s capital to Seoul in South Korea at 10.30 in the morning, arriving at ICN at 04.40 the next morning. The flights from South Korea to Kenya take off every Monday, Wednesday and Friday night at 20.45 hrs, arriving in Nairobi the next morning at 05.05 hours, giving the entire range of domestic, regional and continental African destinations to travelers flying beyond Kenya.

The formal announcement of the codeshare was arguably delayed over the catastrophic PR mistakes made by the Korean Air marketing team, which translated their own language’s version into ‘Full of primitive energy’ when describing Kenya and Africa, a massive faux pas it was later learned which had head roll. A full review of the case at the time established that the correction translation should have been ‘Africa, a Continent full of primeval energy’ – still far fetched but certainly not as offensive as the version chosen by some hapless English speakers.

Ticketing will be done for travelers from Kenya Airways’ African network on KQ documentation, earning full bonus miles under the frequent flyer programme Kenya Airways shares with partners KLM, and the flight number was given as KQ 5108*.

Watch this space for breaking and regular aviation news from Eastern Africa.