GULF AIR’S AFRICA FLIGHTS – TO BE OR NOT TO BE 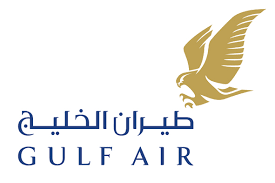 The long awaited approval by the Bahraini government of nearly half a billion US Dollars into Gulf Air might have stark consequences when according to a source from Manama the matter comes to the kingdom’s parliament for discussion. Worst scenario projections are that apart from flights to London and Paris all other long and longer haul destinations may have to go, in a move reminiscent to – arguably much smaller – Air Seychelles of late last and early this year, where all long haul destinations were axed.

Such a radical cut could also see a major reduction of the airlines’ staff, from the present over 3.800 to below 2.000. Also under review may be pending aircraft orders, which according to records available include at least 20 Airbus A330 and some 16 B787 Dreamliners.

Of immediate concern here in East Africa though would be the flights to Nairobi, which unlike those to Entebbe, axed in early 2012, are doing very well but may nevertheless be under review as part of an overall reorientation and restructuring of Gulf Air. The airline has many faithful travelers from not just Kenya but across Eastern Africa who connect onto the GF flights in Nairobi, persuaded by excellent inflight service and attractive fares, but also the easy transfers via Bahrain’s compact airport.

Some aviation pundits are already predicting that GF will eventually need to reduce to a regional carrier serving what remains to be the largest network across the Gulf, a move which however would require teaming up with other airlines who would need to feed long haul traffic via Bahrain.

A statement by Gulf Air welcomed the capital injection which will allow meeting debt obligations and ‘meet its future restructuring costs. Working together with the government of Bahrain and its shareholder, Mumtalakat Holding Co., to review its existing fleet and network, Gulf Air will implement an accelerated strategy and aggressive restructuring programme to achieve more dramatic cost and liability reductions’.

Time will tell where this one will go, so watch this space for more news.