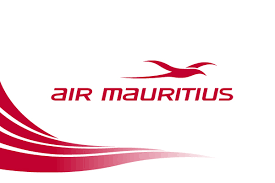 Information has been received from a usually reliable source that Air Mauritius, which just won the World Travel Awards’ ‘Best airline in the Indian Ocean’ appears set to add a third flight from Port Louis to Australia, with Perth as the destination of choice and not Sydney or Melbourne. This development signals a change of heart in the top echelons of Air Mauritius as for a while the airline seemed intent to withdraw form ‘Down Under’ altogether, leaving the field to Air Austral, before resuming flights.

The Mauritius’ tourism sector has been advocating for more flights, not just to cater for the large number of Mauritius’ expatriates to have an easy connection home but for the sharp growth in interest and visitor numbers from Aussieland to the island, which was impacted upon by the initial decision to pull out of Australia. Visitor numbers from Australia to Mauritius in 2011 were reportedly up by 37 percent before being impacted by the off / on / off / on of flights by the Mauritius flag carrier which in real numbers was over 4.000 more than in 2010.

Alternative routes for Australians are however available via Johannesburg, served by both Qantas and South African with onward connections to Port Louis and Rodrigues, or via Emirates, Qatar Airways and Etihad via their Gulf hubs, which however entails much longer journey times.

Tourism sources welcomed the news cautiously but immediately pointed at the fact that perhaps a flight from Mauritius via Perth to Sydney or Melbourne would have made more sense.

Regardless, happy landings to the new route and watch this space for regular and breaking news from the Indian Ocean’s aviation scene.

Also click on these links for added background information from a site far more proactive and informative than the MTPA official website – a fact which speaks volumes for itself: