MARBURG OUTBREAK NOT A THREAT TO TOURISTS 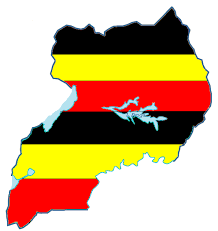 Officials from the Uganda Wildlife Authority and the Uganda Tourist Board have gone on record yesterday in Kampala, trying to calm the jitters which have spread across the tourism sector last week when an outbreak of the Marburg fever was confirmed through tests at the Uganda Virus Research Institute and the CDC in Atlanta. Five people have died and several dozen more are under confinement and quarantine to avoid the spread of the disease further, in a similar approach which last month saw the successful elimination of an Ebola outbreak. Both diseases are suspected to have been brought into the country through refugees from Congo, who fled the intense fighting in the border region with Uganda and Rwanda.

Tourism sources, shy to go on the record, expressed their concern that this second outbreak may put a dent into an otherwise successful tourism year, marked by the accolade from the Lonely Planet Guide Book company which had names Uganda as the top destination for 2012, the celebrations of 50 years of Independence from Britain and the competitive advantage since June of charging only 500 US Dollars for a gorilla tracking permit compared to the 750 US Dollars per person in neighbouring Rwanda. ‘When we were declared Ebola free two weeks ago it was a relief because we had a stream of emails asking about the where and the dangers. We told travel agents and tour operators not to worry because that was a bit distant from the tourist routes. But this one is right at the cross roads where the two gorilla parks are located and it is a bit tricky. Our drives to these parks pass by but do not stop and we see no risk at all for any visitors to get infected’ said one regular contributor, although conceding that the upcoming tourism trade show in London, the annual World Travel Market might be overshadowed by these recent events in the country. ‘We have a good product, we are diverse in our tourism activities, we offer adventure on the Nile, mountain climbing, the complete primate experience with gorillas, chimps and 12 other primate species and we are a safe destination by anyone’s measure. Of course it is a concern but we hope that 2012 will be another record year for tourism and look forward to an even better next year. We go to London to promote Uganda, not in defensive mode’.

Visit the Uganda stand at WTM or else look up www.visituganda.com where all the country’s attractions are highlighted alongside www.ugandawildlife.org