KIPRONO STARTS HIS KWS SERVICE WITH A BANG 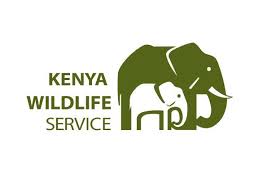 William Kiprono, only in office for a short while as CEO of Kenya Wildlife Service, has certainly started his reign at the helm with a bang, pun intended, when his troops on the ground engaged with poachers in a series of incidents, the latest of which cost four of the criminals their lives as they foolishly engaged in a shootout with rangers.

Two were killed at the privately owned Solio Game Reserve, one of Kenya’s foremost rhino sanctuaries, while another two were shot dead in Meru National Park, leading to the recovery of arms, poachers tools, ammunition and elephant tusks. In related developments did other security organs, working hand in hand with KWS, confiscate blood ivory on several locations across Kenya, also signaling increased determination to not only fight poachers in the field but also to disrupt and take down their distribution and financing channels.

It is understood that Kiprono has already signaled that the wildlife act needs urgent amending vis a vis fines and penalties such as long custodial sentences to provide additional deterrent against poaching, but while this matter is still buried in parliament, he has clearly given orders to deal with poachers as they deal with wildlife.

‘There is no shoot to kill order out there but when our rangers confront poachers and are shot at they respond with equal force. Our staff is now trained a lot better and our intelligence gathering is improved. Local communities have realized that protecting wildlife in parks is important for job security and benefits from tourism. They cooperate more, the provide leads. And there is no laxity among field staff. They get tipped off, they go and check. We work hand in hand with private sector like Ol Pejeta or Solio or Lewa and we share information. A new boss brings new ideas and new perspective with him and that is good, we like it’ said a regular source close to KWS on condition of anonymity for not being authorized to make official statements.

Conservation sources in regular contact with this correspondent, while still cautious in their assessment of William Kiprono, welcomed the news of the latest successes by KWS rangers and law enforcement, while one, again on condition of anonymity said: ‘We still have to get to know Kiprono. That will take a while to interact on specific issues like when another case like the cheetah cubs would arise, or should more lions be killed by mobs. The first successes are there and in the news now about anti poaching being stepped up. Good news. But even Julius [Dr.
Julius Kipng’etich, immediate former CEO of KWS] had good sides and downsides, good days and bad days, so let’s give Kiprono a chance here and see how he settles in’.

Indeed, that is the right thing to do, allowing the new Executive Director of KWS to map out his own way forward, in conjunction with his board of trustees and his senior staff, and then judge by results and not by prejudice. Watch this space.

Thank You from African Parks