Amboseli Elephant Trust comes out in support of Soila Sayialel

AMBOSELI TRUST FOR ELEPHANT COMES OUT IN SUPPORT OF SOILA SAYIALEL 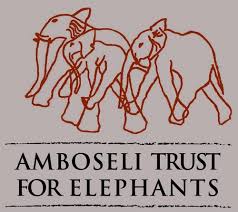 Although the matter at hand is sub judice in Kenya, has the Amboseli Trust for Elephant come out with a statement of support on behalf of their long time member Soila Sayialel, who alongside her son Robert was arrested some weeks ago after ivory was found in their car. Suggestions have been aplenty since then that this was a set up of sorts and the ivory had been planted at them. Being nonresident in Kenya, this can be said here without being affected by the sub judice rule in effect inside Kenya’s borders which would otherwise prevent substantive comments about an ongoing court case.

ATE’s understandably low key commentary is shown here and I am sure that readers will be able to ‘read between the lines’ of what is being said without being in conflict with the sub judice rules which otherwise might end ATE up in court too with contempt of court charges:

‘Everyone by now has heard the sad news that one of our oldest and most loyal team members,

Soila Sayialel and her son, Robert Ntawuasa, were arrested on May 12 allegedly for possessing

and attempting to sell 19 kg of ivory. The whole ATE team, and huge numbers of Soila’s

supporters in Kenya and abroad are in a state of shock, disbelief, and most importantly, in total

support of their innocence.

We can say very little at this point as the case is sub judice, but we feel to our Newsletter family

of readers we must state the following:

We are 100% behind these two ardent conservationists, who have been for many years (more

of today’s Kenyans, in particular women and youth, are willing and able to put into conservation

of their natural resources and ecosystems.

case will be dismissed very soon. It is not only in our laypersons’ view that the episode appears

to be a frame-up.

international crime, the whole sorry event is likely to be the result of criminal elements seeking

to defame ATE and drive a wedge between ATE and KWS. Why? Because together, ATE with its

the poachers and what must be the last source of ‘big ivory’ in Kenya, if not the East African

region. Remove us, and it’s open season on the Amboseli elephants.

Please bear with us. We are confident that the truth will out very soon. Thanks for your understanding.

Be certain to watch this space for the eventual outcome of the pending case, if dismissed outright for lack of evidence or alternatively, should the trial go ahead.