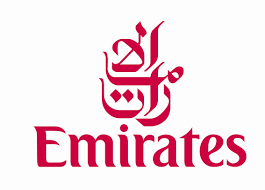 A regular source in Nairobi shared additional routes news when confirming that Kiev will be added to the growing network of Eastern European destinations by Dubai’s award winning national airline Emirates, from 16th January 2014 onwards. The aircraft used for the daily flights as per current planning will be an Airbus A340-500.

The announcement comes together with added information that Stockholm will join the Emirates network on 04th September this year, followed on October 01st by a double launch to Clark in the Philippines, formerly a major American airforce base in South Asia, and another flight to New York via Milan, from where Emirates has secured traffic rights to uplift passengers and cargo to the Big Apple.

On the 27th of October will another African destination join the Emirates network, when flights to Conakry, via Dakar in Senegal, will commence.

Emirates flies daily to Entebbe and doubly daily to Nairobi and Dar es Salaam but is yet to open routes to other key East African airports like Mombasa, Zanzibar, Kilimanjaro, Bujumbura and Kigali.

Watch this space for regular and breaking aviation news related to Eastern Africa and the Indian Ocean islands.