HAVE TOURISM ARRIVAL FIGURES BOTTOMED OUT IN KENYA? 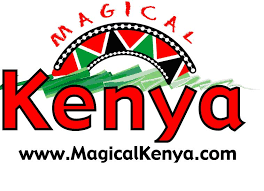 The latest statistics published by the Kenya Tourism Board suggest the worst is now over for the tourism industry, as by end of May the month by month comparison with 2012 – then still on course to become another record year – show the decline had reduced to only 1.2 percent for Mombasa arrivals and 2.2 percent for Nairobi arrivals.

The per annum comparison for the first 5 months of the year show margins of a 6.2 percent decline in arrivals at Mombasa’s Moi International Airport while for Nairobi’s Jomo Kenyatta International Airport this figure still stands at 16.8 percent. Country wide this translated into 398.203 visitors arriving at the two key airports against the 2012 figures of 467.355 or a combined 14.2 percent reduction in traffic.

Tourism stakeholders however were swift to point out that while the decline had seemingly bottomed out, the latest assault on the tourism industry by elements contained in the annual budget proposals could trigger a further decline, mentioning the attempt to reduce the marketing budget of the Kenya Tourism Board and proposals to add VAT on tourism products previously exempted.

‘To make up for the losses we incurred during the run up to the elections we need to act now and roll out a global marketing campaign. I personally blame our former tourism minister for completely failing to understand what was at stake with the negative publicity some foreign countries gave us. The travel warnings were explicit, telling people to expect violence. We in the industry told him at the time we needed a major effort by KTB to stem the tide and go offensive in our key markets. But what he did was pick a fight with the CEO of KTB, utter nonsense that 2012 would be another record year even after the events of September and the invasion by our boys into Somalia to trash Al Shabab. The roots of the downturn are found precisely in that place, the failure to facilitate KTB with sufficient funding instead of turning it into his political football. If it were possible we should sue him for the damage he did to the sector. Our focus now is to educate parliament on how tourism works and what it takes to keep it working. Adding cost to the sector while at the same time cutting marketing budgets will create the perfect storm for us. The president was chairman of KTB some time ago and we hope he and his deputy will understand the consequences of what is now evolving. They have to put their foot down or otherwise the tourism industry cannot deliver the double digit growth they need to make their economic promises stick’ ranted a regular source from Nairobi, when discussing the latest data published by KTB.

In particular the coast hoteliers are hopeful that the onset of the high season will bring better occupancies than seen over the past few months, which according to other data seen still stand at an average at South Coast resorts of around 40 percent, way below sustainable levels. Safari operators talk of positive trends in advance bookings but this will all be subject to the uncertainties over marketing funds and taxation measures, which could plunge Kenya’s tourism industry into another downturn. Watch this space.