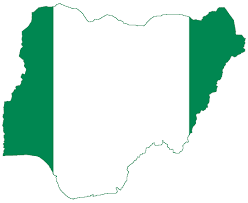 Kenya used the presence of President Uhuru Kenyatta in Nigeria for an African Union Summit to progress a range of bilateral issues, among them the conclusion of negotiations over a new air services agreement between the two countries. Kenya Airways presently flies daily with a B777 to Lagos, Nigeria’s commercial capital but has been unable to commence flights to Nigeria’s political capital Abuja, which were due to start sometime last year but ‘bounced’ due to lack of traffic rights since the old BASA only covered Lagos.

The agreement signed earlier this week now paves the way, finally, to add Nigeria’s capital to the growing number of African destinations Kenya Airways now flies to. The airline’s strategic growth plan foresees that by 2016 all commercial and political capitals of Africa are connected with Nairobi, as Kenya positions herself as Eastern Africa’s predominant economic powerhouse. No immediate timeframe however is available from sources at The Pride of Africa as to when the route will be launched.

Besides the new BASA did the two governments also sign a Memorandum of Understanding to promote tourism between the two countries. Presently most Nigerians fly via Nairobi, with Kenya Airways, to their final destination in the Gulf, India, the Far and South East but do not stop over in Kenya, something the Kenyan tourism trade has been trying to change, trying to lure wealthy Nigerians to their luxurious beach resorts and safari lodges.

Local media in Nairobi have quoted President Kenyatta as having said upon the signing of these two agreements: ‘Nigeria has a large middle class population, which would enjoy the numerous tourist attractions in Kenya. We want to see Nigerians stopping in Kenya for business and tourism not just transiting through Nairobi. Whereas I am encouraged by the growth of trade between our two countries, the potential for investment and trade is still largely under exploited’.

Watch this space for regular and breaking news from Africa’s aviation and tourism scene.