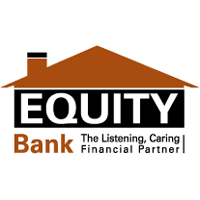 Information is emerging from Nairobi that Equity Bank may have thrown in their support and weight behind a winding up petition filed by aviation fuel supplier Fine Jet, which is seeking the dissolution of Jetlink and the subsequent sale of all their assets to pay creditors.

The airline ran into trouble when South Sudan’s Central Bank stopped the remittance to Kenya of an accumulated nearly 2.5 million US Dollars in ticket sales from Juba, citing lack of foreign exchange, a situation mirrored many times with other suppliers of goods and services from Kenya and the region in following weeks.

The renewed flow of oil money, after the lifting of the self suspension of exports via the pipeline to Port Sudan, gave brief hope that those funds would be remitted after all, giving Jetlink a lifeline. The threat however by the regime in Khartoum to halt pumping South Sudan’s oil through their pipeline, effective in the second part of August to give the production sites time to effect an orderly shutdown, has already seen exports reduced to 100.000 barrels and the much needed cash from this resource will again go to zero, should Khartoum indeed block this route.

South Sudan has been in talks with a Japanese led consortium to build a new pipeline from their oil fields along the border to Khartoum Sudan, but at best this will be going in operation in 4 years time, terminating in Lamu. There the Kenyan government, in conjunction with Ethiopia and South Sudan, is constructing a new deep sea port and oil export terminus under the LAPSSET project, which also foresees the construction of a highway and railway connecting Juba and Addis Ababa with Lamu.

Meanwhile though has Jetlink’s hope to get their hands on the cash held hostage in Juba dwindled once again, leaving the possibility open that, inspite of reaching some form of agreement with nearly two thirds of their creditors to waive a portion of the debt and then agree to a debt for equity swap, will be in vain.

Fine Jet and now Equity Bank appear set to push through their demand in court for a winding up of the company, which would see one of Kenya’s first privately owned jet airlines, serving domestic and regional routes, disappear for good from the skies over Eastern Africa. Watch this space for breaking and regular news updates from the aviation sector of the East African countries.

Like Loading...
PrevPreviousEntebbe’s growth remains in the double digits
NextTribunal ruling or not, will the Southern Bypass cross the national park?Next