ZATI ASKS GOVERNMENT TO STRENGTHEN SECURITY ON THE ISLES 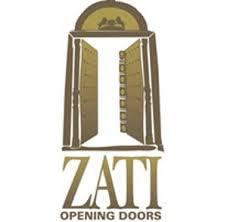 The Zanzibar Association of Tourism Investors, in short ZATI, has made urgent representations to the central government authorities in Dar es Salaam and the government on Zanzibar to improve security arrangements for the islands of Unguja and Pemba.

The investor representative body, which accounts for financial investments worth more than half a billion US Dollars, mentioned that lack of security or the perception of lack of security is an impediment for more investments as well as for attracting more visitors to the sundrenched beaches of Zanzibar.

In a pro-active approach has ZATI commissioned a study to outline the challenges security issues pose and to make practical proposals how best security organs can deal with the problems arising from less than ideal security preparations. The association also asked for a review of the respective legal and regulatory framework in a consultative way to bring laws and regulations into the 21st century while advocating for a new tourism strategy to be formulated. ZATI’s Director and Advocacy Officer Pamela hit the nail on the head when she quoted 15.000 direct and up to 50.000 indirect jobs originating from Zanzibar’s tourism industry: ‘Income from tourism benefits not only investors but also has a strong social and economic impact on Zanzibar. Failure to safeguard the industry and develop a safety and security strategy leaves Zanzibar at risk of damaging its economy in the long run, leading to decreased contributions of tourism to the GDP.  Foreign [exchange] earnings will fall, the number of visitors will dwindle and jobs will be fewer’.

Zanzibar’s tourism minister Mr. Said Ali Mbarouk acknowledged the concerns and promised consultations with the tourism private sector, while also pointing to the establishment of the police’s tourism patrol unit as a first responder as well as working towards crime prevention.

ZATI chairman Abdul Samad was also quoted to have said: ‘I hope that a robust and effective judiciary system will go a long way towards deterring criminals’.

ZATI has been in existence as the primary private sector voice for over a decade now and brought together stakeholders committed to advancing Zanzibar’s tourism agenda, increase visitor arrivals and help create a conducive environment for new additional investments in hotels, resorts, restaurants, tourism attractions and, vis a vis the public sector, the upgrading and enhancement of much needed infrastructure at the airport, with roads, water and electricity supply being key of attracting more business to the Spice Island. Watch this space.