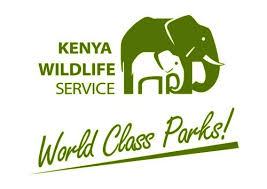 Two teenage climbers were evacuated from Mt. Kenya, when they fell seriously ill with high altitude sickness. A rapid response team of Kenya Wildlife Service rushed to their aid when information was passed to them that two British teenagers aged 16 and 17 showed signs of falling victim to the effects of rapid ascent, lack of enough oxygen and general exhaustion.

The two were part of four climbers attempting to conquer Lenana, one of Mt. Kenya’s peaks. The same source also confirmed that KWS emergency personnel had earlier in the week evacuated another climber and also taken to the Nanyuki Cottage Hospital. The two are said to be steadily recovering.

In 2012 over 27.000 visitors came to Mt. Kenya National Park, many of them hiking and climbing due to the easy access to high elevations by vehicle, before then going on by foot. ‘One of the problems with acute mountain sickness is the ease how high climbers and hikers can reach by vehicle. That robs them of the time the body needs to acclimatize and get used to less oxygen. Most of the cases when KWS has to evacuate have roots in that but of course there are other cases where climbers and hikers are just falling ill even after taking a slow pace to reach high elevations. For sure KWS has again shown that safety of visitors is paramount and the staff are well trained in mountain rescue operations’ said the source when confirming the two incidents.

Mt. Kenya National Park is also recognized as a UNESCO World Heritage Site, only recently expanded to include the conservancy of Lewa Downs, giving the extra ‘pull’ to bring in visitors from abroad.

Visit www.kws.org for information on all the national parks, marine parks and game reserves under KWS mandate and www.magicalkenya.com for added details on the country’s natural attractions.