THE DOWNSIDE OF AIRTRAVEL WHEN YOU ARE AN ICC FUGITIVE 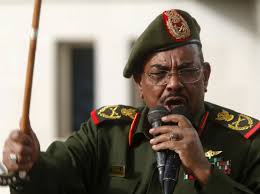 Saudi Arabia blocked its airspace for Sudanese regime leader Hassan Al Bashir, when he tried to fly late last week to Tehran for the swearing in ceremony of their recently elected president. This is the second case in a month, after he literally had to flee Nigeria where he attended an African Union Summit in July, after civil rights organizations went to court to get an order compelling the Nigerian government to detain him and hand him over to the ICC in Holland to stand trial, that he found his freedom to travel severely compromised and curtailed. Saudi Arabia’s action is seen as a tit for tat reaction to Bashir getting close to Iran, after he permitted several navy visits by Iranian war ships to Port Sudan and other ports along Sudan’s Red Sea shoreline, and received added support from Iran. Saudi Arabia, Iran’s main rival in the Middle East and Gulf region, has eyed these warming relations with suspicion, as the potential of the Iranians’ getting bases in Sudan could be seen as yet another effort to encircle the Saudi Kingdom, considering the unpredictable policies of the Ayatollah regime in Tehran and constant allegations that they might seek to produce nuclear bombs.

Hunted now for several years now by the International Criminal Court, Bashir was the first ever sitting head of state to be indicted for Crimes against Humanity, War Crimes and Genocide, to stand trial in The Hague for his alleged involvement, complicity and masterminding ethnic cleansing campaign in Darfur as well as in the Southern states of Sudan. Campaigns of brutal repression, burnt earth policies, mass killings, rape and looting earned Bashir the by name of ‘The Butcher of Khartoum’, especially after he set loose the Janjaweed militias on the African population in Darfur.

The refusal to grant the presidential jet overflight permission was seen as both a huge embarrassment for Bashir as well as a warning not to pursue policies of alignment with Iran, or else.

The noose around Bashir’s neck clearly seems to tighten, although the African Union has issued a directive for member states not to cooperate with the ICC in arresting Bashir, however a more and more untenable position as a number of countries have already stated that they would execute the arrest warrant given an opportunity.

Ongoing aggression in Abyei, where a long overdue referendum on the future of the territory has been sabotaged by Khartoum, as well as similar developments in Blue Nile and South Kordofan, extending in fact into South Sudan’s territory with bombings, artillery attacks and the use of proxy militias, has strengthened the resolve of the ICC to bring Bashir to justice, even though there are no signs of an imminent arrest.

Faced with internal dissent since the loss of more than 75 percent of the oilfields to newly independent South Sudan, and the loss of crucial revenue from the oil pipeline after the South stopped exporting oil for an extended period, has brought opposition parties out on the streets of Khartoum and Omdurman and other cities demanding change.

Returning home with the head hanging after being refused a much publicized visit to Tehran, has not helped either and may be indicative that the circle may be closing for Bashir and restrict him to visits in Africa to accomplice states willing to still do business with him, though similar flight bans might yet happen in Africa too by countries opposed to his continued flight from justice.