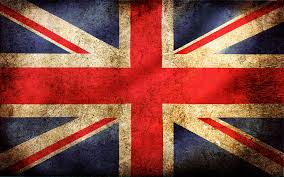 Britain’s image in Africa is getting increasingly negative, as the latest denial of entry for groups of youth leaders from Eastern Africa has once more stirred emotions against the former colonial power.

Ugandan, Rwandan and Kenyan participants, sponsored for that matter, who were to attend the Christian Global Youth Fellowship’s Boys Brigade meeting in Hempstead between August 11th and 14th next week, were according to reliably sources in Nairobi denied Visa, reportedly on well known template grounds of lacking funds and being suspect to jumping ‘ship’ while in the UK.

‘It is time we expose the Brits for what they are, anti black African. Such global meetings where our youth can participate and learn from their brothers and sisters abroad should no longer be awarded to countries which treat us like beggars when we apply for Visa and to add insult to injury, take very high fees for refusing us. It is unacceptable that conference organizers choose such destinations where they cannot guarantee participation from African delegates. There are too many cases where our people pay registration fees for conferences or conventions or trade shows and are then denied a Visa, losing both moneys in the end when they cannot travel and cannot get a registration fee refund because it is too late. Add to this the loss of global representation. In some cases our people are standing for office and election to executive positions but if they are not there, they cannot do so. It is almost like an evil coalition against us to keep us first out of the meetings and then also out of leadership positions. I personally attribute much of this situation to the phobia of Cameron’s government, which is anti African only to keep their voters from drifting to the radical parties. Some of those are openly racist and in cases like this one we pay the price. It is a crying shame our Christian youth leaders from Kenya have been banned simply for being black African youth leaders’.

The same source also confirmed that the British High Commission was unwilling to comment publicly on the insulting decision as was the UK Home Office, inspite of growing pressure by the conference organizers to go on record in these specific cases. Said a tourism source from Nairobi late in the evening in response to a question: ‘They should learn a lesson from us in Kenya. We give the Brits Visa on arrival for a fee which is less than what Kenyans pay when applying for a UK Visa. You tell me when we have turned a Brit back at immigration, unless it is their radicals trying to infiltrate us as Shabaab sympathizers. Remember, there are many such cases now where UK passport holders were in fact trying to enter Kenya to join the fighting in Somalia. Those we have a good reason to keep out or lock them up but those 99.999 percent of Brits who just want to visit our parks and beaches, they are entering without any hassle. Yet, they do not treat us the same, but as we say in Kenya, Beggars cannot be choosers. Shameful’.

No official reaction could be obtained in view of the short time since the information broke from the Ugandan conference participants who were equally denied travel. Perhaps some official British source will formally state what their policy is vis a vis Africans wishing to enter the UK for such purposes, and no smoke screen please.