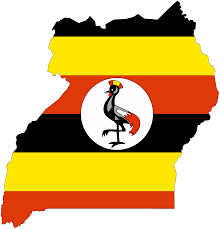 President Yoweri Museveni yesterday performed the ground breaking ceremony for the proposed 600 MW Karuma Falls hydro electric plant, for which contracts had only been signed weeks earlier after a long drawn out wrangle between bidders, Uganda’s public review and complaints office at the Inspector General of Government in the process of which allegations of fraud and corruption were flying high and low.

The new power plant, due to come on line in either late 2016 or early / mid 2017, after a construction period of between 3 to 4 years, will provide Uganda’s growing economy with much needed additional power sources, as the more recently introduced Bujagali plant’s capacity is already being rapidly absorbed.

The rollout of rural electrification too will add extra demand to the market and the construction start at Karuma cannot come soon enough. A second contract to construct another hydro electric power plant on the Nile has also been signed recently, again with a Chinese firm which according to information available will also arrange for the require financing. The President, when breaking ground, in fact hailed the economic partnership with China, where in his words the financial arrangements are free from a string of terms and conditions normally attached to loan finance by the World Bank, the IFC or bilateral arrangements.

The Karuma project, including the necessary power lines to connect the plant fully to the national grid, is estimated at 1.65 billion US Dollars, explaining the enthusiasm of President Museveni when he said ‘I salute this partnership with China’. While for this project China has already provided up to half a billion US Dollars in loans, another half a billion US Dollar loan has been agreed with Uganda for another 200 MW hydro electric plant at Isimba, some 40 kilometres downstream from Bujagali.

The added 800 MW, when finally on line in a few years time, will help to further industrialise the country and crucially provide more households with access to electricity, substituting firewood and charcoal and thus aiding the protection of forests, which at present are over harvested.