MORE THAN 100.000 PASSENGERS WILL BOARD A BRUSSELS AIRLINES FLIGHT THIS WEEKEND 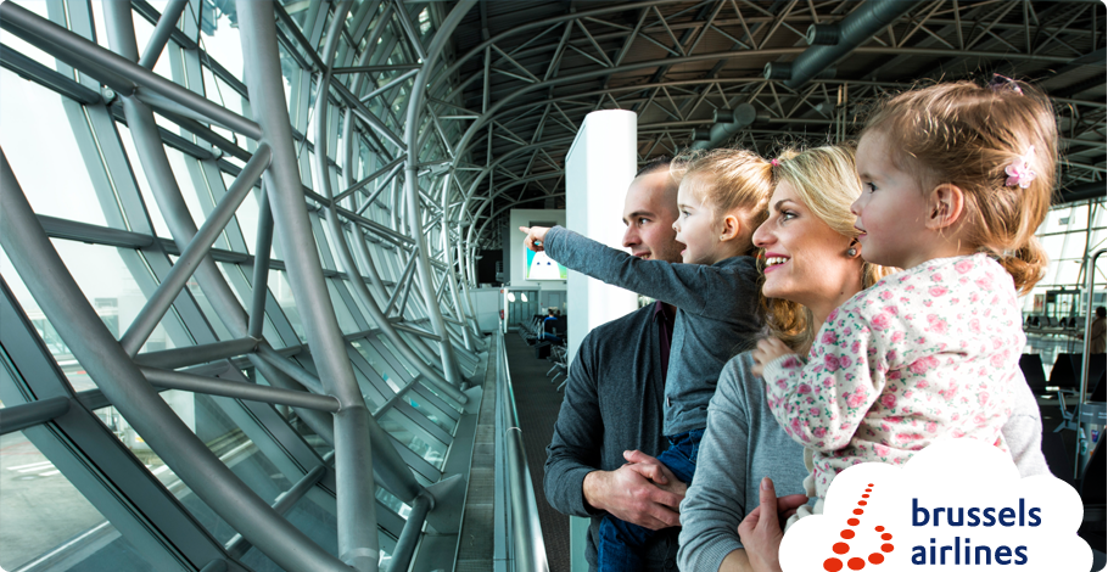 Brussels Airlines is getting ready for a busy holiday period, welcoming over 100,000 guests during the first summer peak this weekend. This summer the airline will fly even more passengers thanks to the addition of 26 new leisure destinations in close cooperation with tour operators Neckermann, Thomas Cook and Pegase. The most popular destinations in Europe are Spain, the Balearic Islands, the Canary Islands and the Greek Islands. As for the long-haul destinations, the company welcomes the highest number of guests on its flights to the USA, Senegal and Cameroon.

“We are looking forward to welcoming over 100,000 guests during the first summer peak this weekend. On top we will continue to fly the Belgian fans to the World Cup in Russia to provide all possible support to our Red Devils. The entire Brussels Airlines operational staff is geared up and committed to provide our guests the best possible assistance to ensure their travel experience runs smoothly.”

This weekend, from Friday June 29th until Sunday July 01st, Brussels Airlines will fly 11% more travelers to their holiday destination, compared to last year. The highest peak will be on Friday, when the airline will welcome 37,000 guests. The most popular destinations on the short and medium-haul network this summer are Spain, the Balearic Islands, the Canary Islands and the Greek Islands, while for its long-haul destinations, the company welcomes the highest number of guests on its flights to New York, Washington, Dakar, Douala and Yaounde.

The expansion of the airline’s network is the biggest in its history and is mainly due to the integration of the Thomas Cook Airlines Belgium activities and herewith the closer cooperation with tour operators Neckermann, Thomas Cook and Pegase.

To make sure that the many families taking a Brussels Airlines flight experience a smooth departure, the airline offers the free of charge b.family package. b.family is available for families traveling with children under 12 offering several advantages, children discounts, priority boarding and entertaining toys for the youngest passengers.

Meanwhile will the airline also operate a special flight uplifting Belgian football fans to watch the last group match of their national team, affectionately known as the Red Devils.

Depending on their final position of the Belgian team after the group stage, the Belgian Red Devils will play the round of 16 either in Rostov or in Moscow. If the team becomes group winner, they will play in Rostov on July 02nd, while a second place in the group phase will result in a game in Moscow on July 03rd. Even though this is still unknown, fans can already reserve one of the 280 seats on the Brussels Airlines fan flight for the round of 16 via brusselsairlines.com/fanflights.

As a big supporter of the Belgian Red Devils, Brussels Airlines anticipates a positive outcome for the round of 16 and has already planned a fan flight for the quarter-finals too. If the team qualifies for this stage, the airline plans a fan flight to either Kazan on July 6th or Samara on July 7th.

All fan flights after the group stage will be one-day return program.

Brussels Airlines flies six times a week to Entebbe / Uganda with one of the services routing via Bujumbura / Burundi and the other five flights routing via Kigali / Rwanda.

Besides 24 destinations in Africa does Brussels Airlines offer more than 90 destinations in Europe, 3 in North America plus Tel Aviv and Mumbai. The company today has over 3,900 employees and 48 aircraft operating some 250 flights daily, flying more than 9 million passengers a year to, via and from Brussels Airport.

Thanks to its no compromise positioning, Brussels Airlines combines competitive fares with the highest service quality. With regularly changing Belgian Star Chefs, its wide offer of Belgian food and drinks and the five Belgian Icon Airbus A320 aircraft, Brussels Airlines is an ambassador of the Kingdom of Belgium, bringing the world to their home country and the best of Belgium to the world.