Some years ago did I meet Cindy at an international tourism event in Kenya, to which we were both invited as members of the international travel media.
Though part of a larger group did we get on very well, finding much common ground in our interests of traveling, the outdoors, politics and life in general.

Sadly have we not met again since then but we stayed in touch, reading each other’s exploits and website content.

More recently did Cindy set out on an extended hiking trip and finding it very interesting for ATCNews readers I promptly asked if I could get her permission to republish her narrative and pictures.

Within a few days – she was out in the wilderness with her husband – did she come back with a big YES and here we are.

Read yourself what Cindy has been up to and even better, sign up to her website to get a news alert when she posts something.

Let me start with her introduction proper before later in the week rebroadcast her hiking adventures.

Meanwhile, thanks Cindy for letting www.ATCNews.org publish your stories!

For the past few 40 years, Cindy Ross has found peace, happiness, and a sublime sense of contentment while walking and cycling the endless trails that are sewn into the fabric of the North American continent. She had her formal education in Fine Arts Painting, attending the Pennsylvania Academy of Fine Arts in Philadelphia. Cindy has crossed the 2100-mile Appalachian Trail as a single woman penning and illustrating her first book, A Woman’s Journey on the Appalachian Trail, which has been in print for over 30 years and has become a hiking classic. Then she tackled the 2600-mile Pacific Crest Trail through the Sierra and Cascade Mountains with her husband, Todd Gladfelter and wrote and illustrated, Journey on the Crest. (The Mountaineers Books)

Her 6th book, Scraping Heaven- A Family’s Journey Along the Continental Divide (McGraw-Hill) is the rousing adventure of a family’s incredible five-summer, 3100-mile trek over the rooftop of North America. They used llamas as kid carriers for their children, Sierra and Bryce, and as packers to carry supplies and diapers across the Rocky Mountains. The entire journey took 5 summers, hiking 500 miles a shot. The last stretch through New Mexico is all desert, so they traded their llamas in for tandem mountain bikes and pulled trailers full of 100 pounds of gear for the last 650 miles down to the Mexican border. Completing this third national scenic trail earned her and Todd, the coveted title of Triple Crown Hikers.

Cindy’s 7th book, The World Is Our Classroom: How One Family Used Nature and Travel to Shape an Extraordinary Education (Skyhorse Publishing, NYC- September, 2018) is on how she alternatively raised educated her children. It is illustrated by her son, Bryce Gladfelter. (www.brycegladfelterillustration.com)

One of Cindy’s passions is spreading the word on how important the natural world plays in educating our children, and how to get them outdoors. Cindy hopes to share her expertise gleaned from 26 years of mothering as a writer, an outdoor adventurer and a home-school facilitator, through presentations and workshops. She can also relay the nuts and bolts information on how to help starting parents get their families outdoors but also reach higher goals of outdoor adventuring and take a more active part in the education of their children.

The year 2021 will see two of Cindy’s new books being brought into print. In January, The Log Cabin Years- One Couple Builds a Home from Scratch and Creates a Life, Skyhorse Publishing, NYC, will be published along with 60 line illustrations created by Cindy. This manuscript was originally written thirty years ago but is now being published because of its timeliness with the sustainability movement and society’s renewed interest in simple living.

The Log Cabin Years is the inspiring story of how award-winning author Cindy Ross and her husband, artist Todd Gladfelter—a young couple totally inexperienced in construction—built a log home using raw trees and without the use of power, how they recycled and used salvage to supplement their materials, and how the home went on to become a living, breathing part of their lives together.

With a perfect mix of memoir and practical information, The Log Cabin Years explores the ways the couple not only developed their building skills but defined the values and virtues by which they would continue to live—self-confidence, freedom, and independence. As the cabin walls grew, so, too, did Cindy and Todd—as individuals and as partners. Building a home forced the couple to learn to argue constructively, communicate openly, and work within the parameters of each person’s unique personality. The Log Cabin Years is a great example of how two people can learn to work together through difficult times, both mental and physical.

For their efforts, they were able to build, and then live in, a beautiful home—debt free.

From hosting Appalachian Trail hikers to offering a sanctuary for recovering veterans, from providing a place to homeschool and teach their children to launching Todd’s very successful career as a chainsaw carving artist, the cabin has given back, fostering creativity, learning, and healing.

Building your own home has long been an American dream. The desire and need to live more sustainably has seeped into all aspects of our lives. The Log Cabin Years will speak to all people who wish to live a more sustainable life, empower themselves, build relationships, learn skills, and perhaps create a hand-built home of their own.

In April 2021, Walking Toward Peace- Veterans Healing on America’s Trails, The Mountaineers Books, Seattle, will be released. The veterans’ portraits were created by her son, Bryce Gladfelter.

Walking Toward Peace shares the intimate stories of veterans who, post-deployment, have wrestled with post-traumatic stress disorder (PTSD). Through a process called “ecotherapy,” spending time in nature to promote healing and mental health, they have found new tools to deal with issues that have resulted from combat experiences: survivor’s guilt, nightmares, lack of trust, depression, hypervigilance, thoughts of suicide, and lack of purpose. Some veterans profiled here have gone to extremes, spending months on long-distance expeditions, like hiking the 3,100-mile Continental Divide Trail or canoeing the 2,320-mile Mississippi River. For many others, however, brief excursions in the outdoors offer an opportunity for healing. Author Cindy Ross examines current research and perspectives of professional therapists and provides information on organizations devoted to healing veterans in the outdoors. Each featured veteran is depicted in an illustrated portrait.

Veterans share their stories, frequently as they sit by a campfire, describing wartime traumas and their present lives. Through their collective voices what becomes clear is that anyone suffering from any form of PTSD may discover the powerful comfort and healing that can be found in the outdoors.

Cindy and Her family

Cindy lives near the Appalachian Trail in Pennsylvania with her husband, Todd in a log home they built themselves from raw trees. They grow much of their own food on their rural property.

As a family, besides the Continental Divide Trail, they have traveled to Asia, Africa, South America, and Europe hiking, cycling and paddling and have traveled extensively throughout the US.

Cindy has appeared on Philadelphia’s NBC “The 10 Show;” Philadelphia’s ABC “Sunday Live”; NYC’s CBS News “Up to the Minute;” NYC’s Channel 11Warner Bros., “The Morning News,” and Denver’s CBS. Her family and llamas were featured on a half-hour show on Animal Planet, called “Pet Story.” 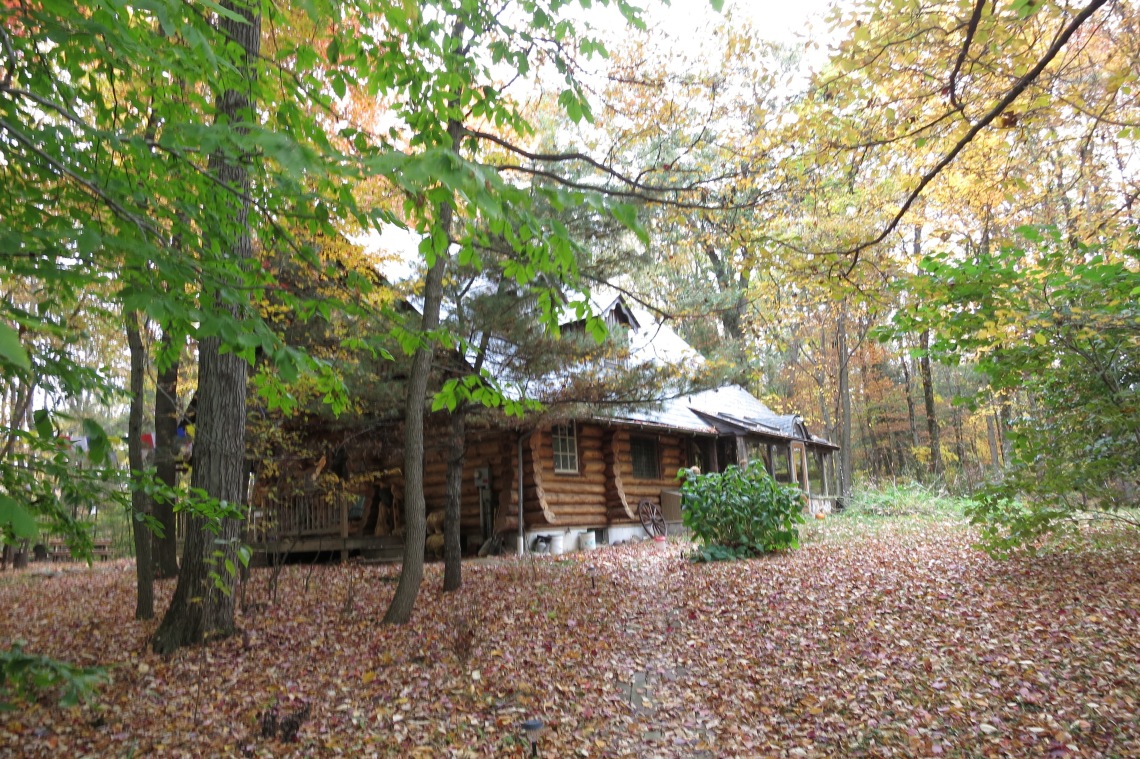 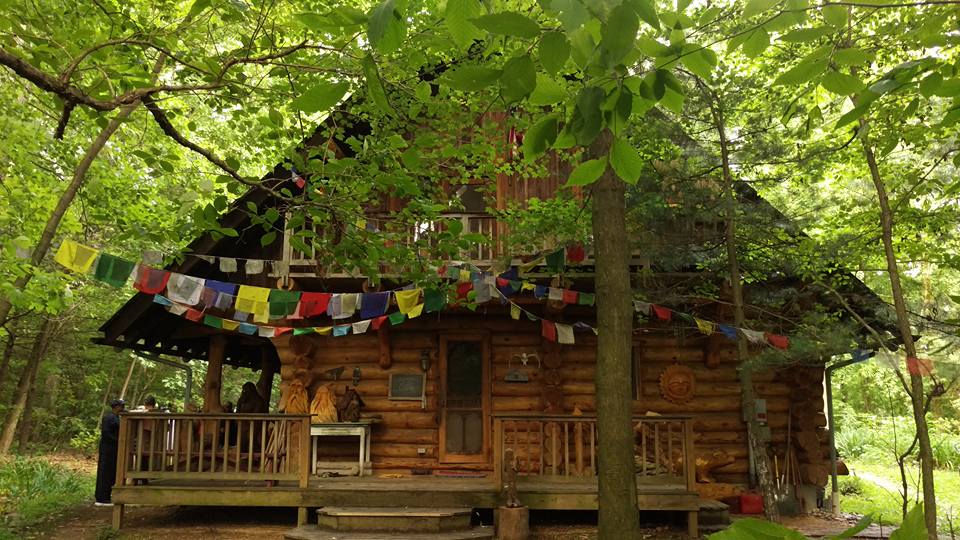 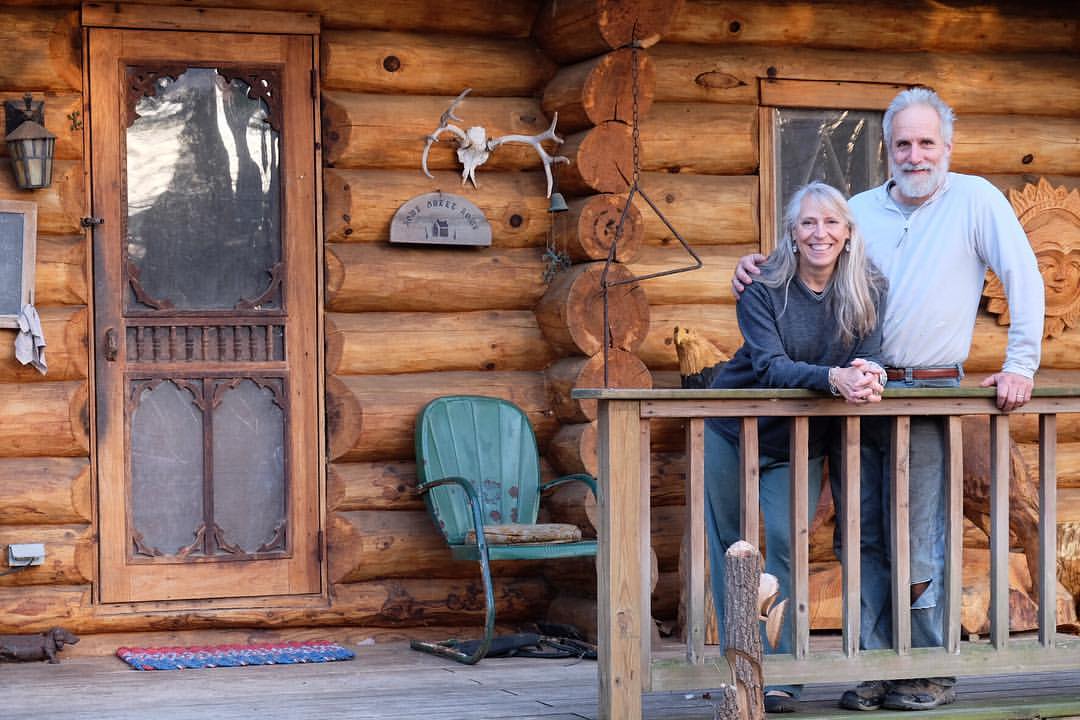