BRUSSELS AIRLINES RETURNS TO PROFITABILITY DUE TO STRONG Q3 DEMAND

Thanks to a summer with high leisure demand and a competitive cost structure resulting from its restructuring program, Brussels Airlines reports an Adjusted EBIT of EUR 1 million in the third quarter of the year (previous year: EUR – 51 million). For the first nine months of the year, the airline reports a 12% revenue increase year on year and an operating expense decrease of 10%. The Adjusted EBIT in the January-September period improved by 39% to -142 million, a result that is still heavily impacted by the Covid-19 pandemic.

Operating expenses decreased by 10% to EUR 544 million (previous year: EUR 607 million) due to lower personnel expenses and expenses for external technical services as well as further effects of its successful restructuring program Reboot Plus.

Brussels Airlines closed the third quarter with an Adjusted EBIT of EUR 1 million, compared to EUR -51 million in the same period last year. In June 2021, Brussels Airlines restarted its hub structure and significantly increased its offer during the summer months in response to the increased market demand. The summer peak, which traditionally ends beginning of September, lasted much longer this year due to a catchup effect.

“We see that due to the pandemic, many people who had not been able to travel due to lockdowns were eager to travel in the summer, but also in September, outside of traditional holiday periods, which led to a prolonged summer peak for us. This high demand, together with the competitive cost position resulting from our restructuring in the Reboot Plus program, have led to a positive result in the third quarter.”

Within its Reboot Plus transformation program, Brussels Airlines has almost completed the restructuring phase which reduces the fleet size by 30% and the workforce by 25%. Among other additional measures in this program, new collective labor agreements have been in force since January 2021 for all employee groups, generating a competitive cost structure at the level of the personnel costs. Brussels Airlines in the meantime has started the second phase of Reboot Plus, which is the improvement phase, in order to create a sustainable and profitable future for the company. This phase includes investments in people, in tools to improve process efficiency and in the renewal of its fleet. In that respect 3 A320 Neo will join Brussels Airlines’ fleet by summer 2023. These state-of-the-art aircraft, with significantly lower CO2 and noise emissions, will replace three older A319 aircraft. Modernizing the fleet is crucial for Brussels Airlines in order to reach its target of carbon neutrality by 2050.

In view of the global coronavirus pandemic, Brussels Airlines has committed itself to the strictest health safety measures in aviation worldwide, following the recommendations of EASA (European Air Safety Agency). Since the outbreak of the coronavirus, the Belgian airline operates an adapted flight schedule that is based on market demand and that takes into account the travel restrictions of the different authorities.

Brussels Airlines serves Entebbe in Uganda in conjunction with stops in either Bujumbura or Kigali before returning non stop to the European capital city. 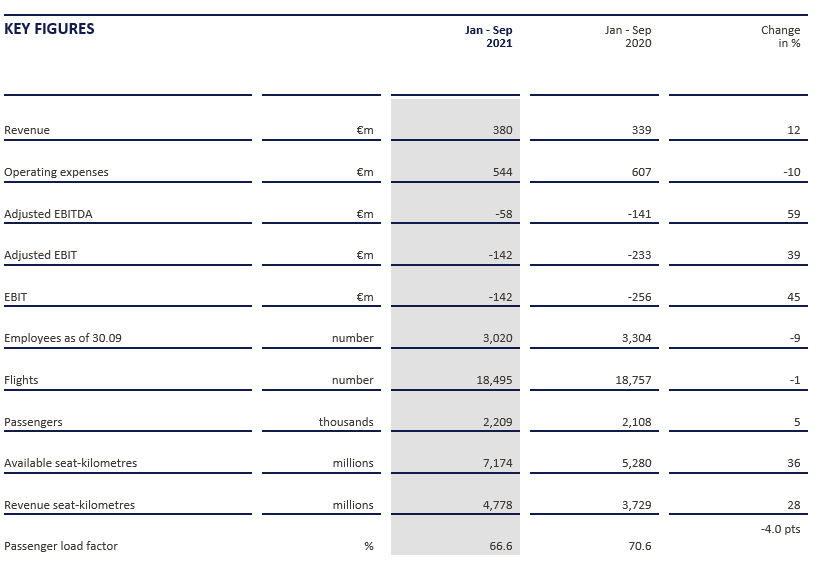 Like Loading...
PrevPreviousTravelComments.com – Namibia: FlyNambia to launch “safari routes” in 2022!
Next#IATA sees a moderate rebound of passenger demand in SeptemberNext