Achola Rosario is bonding with the Masai 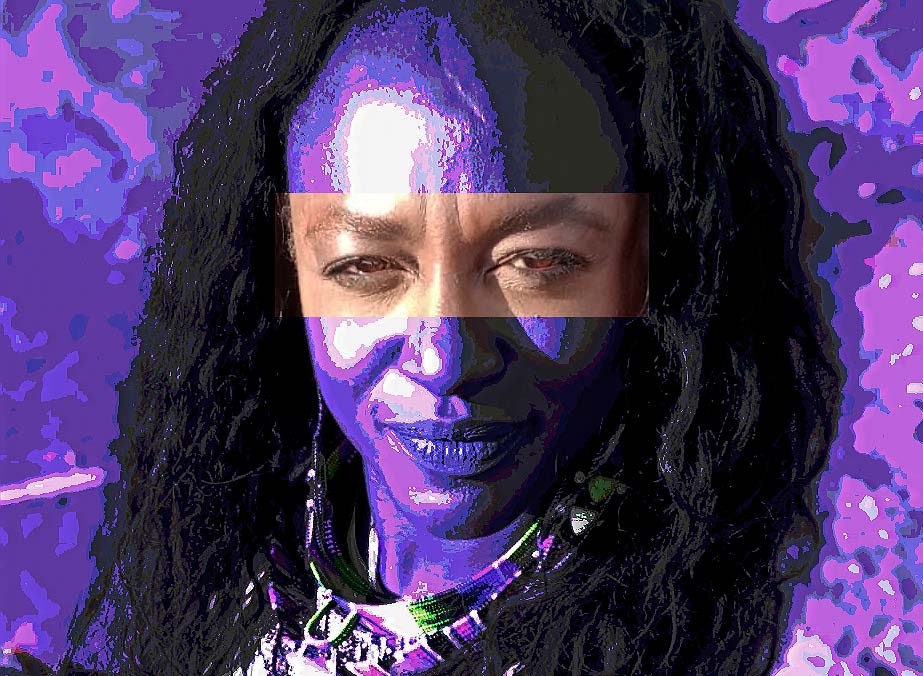 We are ever to be found, make our way across the border. We are people on the ground, people on the ground out on every corner. We are so visible we are invisible, people of the Nile affiliated with the Highlanders, The Masaai. The Maasai (/?m??sa?, m???sa?/) are a Nilotic ethnic group inhabiting northern, central and southern Kenya and northern Tanzania, and our common ancestry with the Luos have made us regard each other as brothers for centuries. Except that they kept their customs, and we didn’t.

We arrived in the night, after driving 3 hours on the highway and 2 hours through ever-climbing and progressively rocky terrain. We left late because we had to wait for our guide Sinkoi in Nairobi, who was coming from his village in Kajiado on the border with Tanzania.

I had met Sinkoi in Lamu (Episode 80), when he gave me his belt after briefly chatting about our lives and bonding like the rejected soldiers that we were. He later invited me for his brothers’ weddings at his home in Kajiado, deep in the foothills of the Kilimanjo, world’s second tallest mountain. But at this point I had no idea what to expect. 3 days seemed like an eternity.

The black gloom was interrupted by a flash of headlights of Sinkoi’s brothers coming to meet up and show us the way home on their boda motorcycles. I remember thinking that the boda is the true king of the African road. We reached a set of gaily painted wooden cabins at the top of the hills, the blackness giving no clue as to what we will find in the morning. We settled in with a cup of very hot milky tea to ward off the chill and gratefully slipped into Aunty Priscilla Kilena Nkapaayia’s comfy double wooden bed.

What beheld us in the morning was like the set of an epic safari movie. Mount Kilimanjaro was RIGHT THERE, in what felt like the distance to one’s gate at the end of a long driveway. Glorious in her majesty, she shed her skirt of clouds today to reveal her naked snow-capped beauty, so strong and solid, yet crisp and precise, with her little sister Mount Kibo showing her jagged edges proudly in the pink and gold morning light. I could not help but sigh with pleasure. Something about that view got me obsessed and I spent the day finding alternate corners in which to hide and contemplate her grace.

In the afternoon we walked across the border to Tanzania, in a 10 min walk that gave no indication of the change in nationality. There we ate boiled goat’s meat with goat’s head soup and I had a boiled then fried Matumbo (offals) with cabbage and my own specially packed clove of garlic. I never leave home without it. I can still taste the offals as if in a dream, that is how good it was. With soft hot ugali that burned the fingers but that one could not stop eating. The walk back was a lot harder, even though it was downhill. It also pointed out one glaring difference between both nationalities of Masaai here:

The Tanzanians were completely drunk. My driver Sami took advantage of the situation to procure himself some Original Tanzanian Konyagi- the hot spirit of choice- allegedly for his wife back home. I had doubts it would reach that far, but then who am I to talk.

The language here is Maa, and is a beautiful sing-song that sounds suspiciously in some circumstances like Luo. For example, my name apparently means “Thank You” in Maa (Asholi), and Ero Kamano (Thank You in Luo) is also apparently also recognised here. You say Soba to say hello and that is as far as I got because I am a goldfish and have a tendency to forget what I am told 10 minutes later. I blame age.

I met Sharon the wildlife ranger who was to be one of the bridesmaids back at the house. She was born in Amboseli park and came specially for her friend’s wedding. Young, tough and very smiley, the tag bridesmaid fits her pretty face better than the tag ranger. But don’t be fooled. This young lady patrols an area roughly 20-30km wide, strewn with wild animals and poachers every day; with no gun. Next to that, the 12 children she wants to have when it is her turn to get married sound like child’s play.

We get to the oldest Landcruiser I have ever seen, complete with wooden windowsills and make our way in a convoy to go pick the brides. This was not a sedate journey, seeing as we were being driven at breakneck speeds on the surprisingly well-tuned engine and new shocks, in the evening light by David “Sniper” Ole Merin, a hot 35-year-old Masaai man who you could easily mistake for a 16-year-old. That was the only thing restraining my raging hormones. And the fact that both of us are taken.

After stopping a couple of times to let the others catch up in the now pitch-black flat bush and then arriving in Tanzania at Olgulului national park at one of the bride’s homes, amidst woops of joy and raised sticks, we all crammed into the brides house for the obligatory milky tea and bride price negotiations. They settled on 8 cows, $700 and 52 shuka clothes for both brides. We were to pick the other one tomorrow at Olgulului viewing point, before proceeding back to Sinkoi’s home in Murtot for the actual wedding. The women in the wedding party were taken to sleep 2km away and South African photographer Neo Ntsoma and I were settled in a room with another 2 mamas. I declined to sleep, being completely transfixed by the crystal clear Milky Way. I had an epiphany at the sky as for the first time I was able to clearly see the constellations. However, my celestial joy was repeatedly interrupted by a procession of gentlemen wanting to “keep me company”. Much as Masaai men are very beautiful, they can also be surprisingly forward, and therefore I had to pull a few soldier-moves before one particularly persistent one (the “alleged” father of the bride), gracefully (and thankfully) took his leave. Where was “Sniper” when I needed him?

Waking up to the jingles of jewellery, I was privileged to watch the Mamas put on their full regalia in the room, before explaining to me the meanings of each one. I was delighted to learn that as a mother of a 19-year-old warrior myself, I would be allowed to wear my piece specifically reserved for us. I was doubly privileged as I was also allowed to wear my warrior belt, reserved for men only. By the end of the ceremony, Mama Moson, one of the traditional ladies gave me her own personal earrings. She had 4 in each lobe. I gave her a token of $10 and she promised to make me a shield piece for the next time I came round. The perfect experience was only marred by lack dancing at the end. Overly long and dramatic Christian preaching followed by MCAs and aspiring MP canvasing for souls was only halted by a brief but sanitizing downpour. Even God disapproved it seems.

Everyone simply melted away to their normal duties. And the Masaai on this side don’t drink alcohol, soda or juice; only water and milk tea. So, Sami and I hid in our hatchback and drank warm Rosé out of plastic cups guiltily while polishing off the salami and Pringles we brought with us. Neo Ntsoma was off snapping away to her heart’s content.

Woke up the next morning and gifts of jewellery and lots of hugs awaited us, before extorting promises to share pictures and videos and to come back and buy land. Something I am very seriously considering, if I could get a view like Sinkoi’s home in the beautiful Murtot village, in Loitokitok county, Kenya.

Tours start from $50 and accommodation can be arranged at nearby hotels. Camping at the site can also be arranged.

Driver: Samuel Musyoka (@$30 per day for the car and driver, minus fuel and accomodation)

To watch episode 84 of THE FOMO TRAVEL SHOW:

Contact Achola Rosario via coalrosa@gmail.com if you are interested to have your location or event featured on the F.O.M.O. Travel Show and on www.ATCNews.org