Africa’s Conservation Leaders Forge a Path for the Future of Grassroots Conservation at Tusk Roundtable, Attended by the Prince of Wales

Africa’s conservation leaders have come together at St James’ Palace to accelerate growth in the sector across the continent.

Following last night’s prestigious Tusk Conservation Awards, the roundtable pooled a wealth of expertise and created opportunity for pan-African leaders to collaborate, develop knowledge and devise plans to tackle the most pressing issues facing grassroots conservation projects today. Tusk will support the implementation of plans with funding and further opportunities for convening.

HRH The Prince of Wales attended the meeting in his role as Royal Patron of Tusk, hearing from 20 Tusk Conservation Awards Alumni, including this year’s celebrated finalists, from across Africa.

The Prince of Wales became Royal Patron of Tusk in 2005 and has been a powerful advocate for Tusk’s work amplifying conservation across Africa.

Speaking at the Awards the previous evening, The Prince of Wales said:

“As Sir David Attenborough reminded us at this ceremony five years ago, Africa’s wildlife is special. What the Awards alumni, their dedicated teams and local communities are protecting is ‘one of the great natural treasures of the world’.

“And yet, we also know that it is just a fragment of what there once was. That is why it is vital that we do everything in our power to halt the frightening decline in species that our planet has witnessed over the last 50 years.”

At the roundtable the delegates discussed innovative strategies to catalyse the growth of community-led conservation projects across Africa, with a focus on three core initiatives:

Now in its 10th year, the Tusk Conservation Awards raise the profile of unsung African conservationists, amplifying their significant impact in the field. All finalists are awarded grants to continue their vital work, which this year totalled £345,000.

Addressing climate change, conserving biodiversity and securing indigenous and community land rights across Africa all depend on the action and expertise of community-based and managed organisations.[1]

The new group award will advance the future of African-led conservation by recognising outstanding teams while increasing the visibility of youth, women and under-represented geographical regions. It is the first award in the series to be presented to a group, rather than an individual.

A pan-African wildlife ranger mentorship programme will promote the development of the profession.

As guardians of the natural world, wildlife rangers play a critical role in protecting natural, cultural and historical heritage. However, too often, rangers are deeply misunderstood and under-resourced, with inadequate recognition given to the true breadth of roles they play as conservationists, teachers, and community support leaders.

The mentorship programme will build on the successes of Tusk’s Wildlife Ranger Challenge to capture ranger knowledge, dispel myths and change the perception of rangers and the work they do.

A Collaborative for Change

A group of Tusk Conservation Awards alumni will form a panel of experts to pool their knowledge and influence change, enabling conservationists from across the continent to learn from one another, and to find and scale solutions for the most pressing issues facing conservation today.

The group will not only share knowledge across the continent, but will strive to accelerate support for African-led conservation and put communities at the helm, with the aim of halting biodiversity loss.

The roundtable comes at a critical time for conservation. Upcoming global biodiversity summits, including the CITES conference in Panama in November and the UN Biodiversity Conference in Canada in December, will see the future of Africa’s natural heritage capture the world’s attention.

As we approach this round of conservation decision making, the power of African-led conservation will be brought to the fore, with locally-led initiatives like those endorsed be conservation leaders at the roundtable, shaping the future of community conservation.

Reflecting on the roundtable, Beatrice Karanja, Tusk Trustee, said: “Africa’s natural heritage and biodiversity is beyond value and should be governed and managed by local communities as those who understand it best. Grassroots conservation is the anchor of our growth and our future. This forum provides an exciting opportunity to engender collaboration between leading African conservationists. These field-leaders are best positioned to drive the conservation conversation and identify how the sector can accelerate growth and meet development needs, while securing a future for the continent’s biodiversity.”

Notable attendees at the roundtable included the following ground-breaking conservationists, who since their recognition in the Tusk Conservation Awards have continued to be highly impactful in the sector:

Edward Ndiritu – Head of Anti-Poaching, Lewa Wildlife Conservancy (Kenya) – has sustained a poaching level of near zero for seven years and counting across the Lewa/Borana landscape.

Gladys Kalema – Zikusoka – Founder, Conservation Through Public Health (Uganda) – was instrumental in the development of the One Health approach in Uganda and secured a mask wearing mandate during the Covid-19 pandemic to protect vulnerable populations of mountain gorilla. 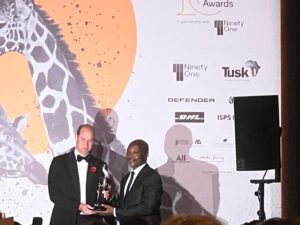 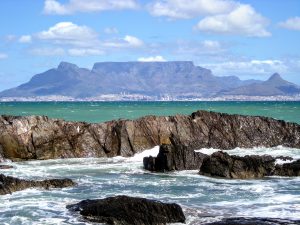 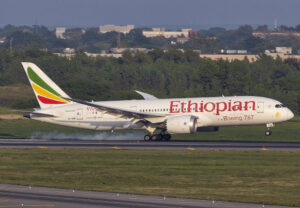