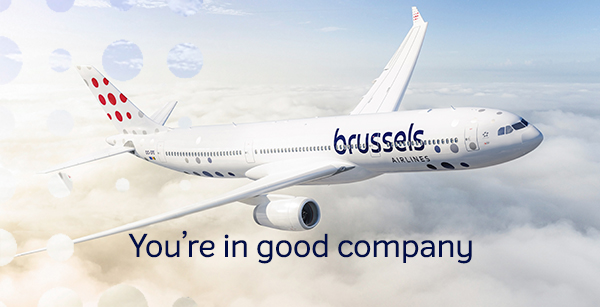 As of today, Brussels Airlines offers more intercontinental flights for next summer. On June 11th, 2022, Brussels Airlines will start flying again between Brussels and the West-African destinations Conakry (Guinea) and Ouagadougou (Burkina Faso), with three weekly flights each.

The Belgian national airline also increases its presence in West and East Africa with extra flight frequencies to five destinations.

This growth is possible thanks to the 9th long haul aircraft the airline adds to its fleet. All flights are bookable as of today on brusselsairlines.com and via travel agencies.

Brussels Airlines has decided to go for growth in Africa, the airline’s most important market. With an additional Airbus A330 joining its fleet, the Africa expert of the Lufthansa Group will expand its offer to West and East Africa.

On June 11th, 2022, West-African destinations Conakry and Ouagadougou, previously closed in 2020 due to the COVID-19 crisis, will be reopened. Flights to Ouagadougou (flight number SN255) will be offered on Mondays, Thursdays and Saturdays, departing in Brussels at 11.05 GMT with a scheduled arrival at 15.05 GMT in Ouagadougou airport. Flights from Ouagadougou to Brussels Airport (SN256) leave on the same days, at 21.30 GMT to arrive in Brussels the following morning at 05.05, offering connecting possibilities to the airline’s network in Europe and the U.S.

The first flight to Conakry is scheduled on Saturday June 11th as well, with flight number SN205. SN205 from Brussels to Conakry will be operated on Tuesdays, Thursdays and Saturdays with a departure at 11.00 GMT. SN206 from Conakry to Brussels will leave on the same days at 18.50 GMT and is scheduled to arrive in Brussels at 05.05 GMT, offering connection options to the entire Brussels Airlines network.

Expansion in West and East Africa

Next to the addition of Conakry and Ouagadougou to the Brussels Airlines network in West Africa, flight frequencies to Banjul, Lomé and Monrovia will increase this summer to five flights for each of these routes. Frequencies to the East African destinations Entebbe and Kigali will be expanded to respectively seven and five times weekly while Bujumbura will continue to be served twice a week in conjunction with Entebbe.

Daily to the United States

As of mid-June, Brussels Airlines will fly daily to New York, after connecting the East Coast destination 4 times weekly in 2021. Flights to Washington D.C. will be operated five times weekly during the summer season, allowing connections between Africa and the US via Brussels Airport.

All additional flights are now bookable on brusselsairlines.com and via travel agencies.