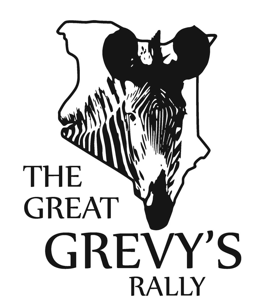 In 2016 the first ever national census of Grevy’s zebras was held between 30th and 31st January. The Great Grevy’s Rally (GGR) took place in northern Kenya, as this where the largest populations of Grevy’s are found, and included the participation of conservancy managers, national reserve wardens, conservation organisations, county government representatives, research scientists, community members, corporates and members of the public. Through this event, all were invited to become conservationists by counting and photographing all Grevy’s zebra observed throughout their habitat in Laikipia, Isiolo, Samburu and Marsabit Counties. In total was the census able to sample 45 counting blocks covering over 25,000 sq. km to perform the first ever age-structured survey of the endangered Grevy’s zebra at one point in time.

Over 40, 000 pictures were taken and thanks to the advance in new technology, conservationists now have the opportunity to accurately assess the impact of their interventions by gathering critical demographic data through the Great Grevy’s Rally. Information collected is being used to prioritise conservation actions going forward, and to ensure that we are managing for optimal conditions that will allow for growth in the populations of Grevy’s zebra across Kenya.

The Great Grevy’s Rally 2016 was organised by a special committee consisting of the Grevy’s Zebra Trust, Kenya Wildlife Service, Laikipia Wildlife Forum, Lewa Wildlife Conservancy, Marwell Wildlife, Northern Rangelands Trust, Princeton University and Samburu Trust. Apart from the Event Manager and Science Coordinator, all members of the organising committee and teams gave their time on a voluntary basis. Reports developed on the GGR are available upon request.

It is a celebration of the partnerships that have both been built through the most major citizen science effort ever undertaken in Kenya. We celebrate Kenyan people coming together to conserve a national heritage and to acknowledge the beauty of northern Kenya. We celebrate an icon of conservation, people and landscape. We celebrate the Grevy’s zebra.

In keeping with the iconic Grevy’s zebra, the ‘Black and White’themed Ball will be held at the Mount Kenya Safari Club (MKSC) Nanyuki on the 3rd of September 2016.

A package, including dinner dance and accommodation, will be on offer from the Fairmont Mount Kenya Safari Club. A wide range of other accommodation offers to suit every budget will also be available within Nanyuki. An auction of priceless treasures and opportunities celebrating this amazing animal will also be held this night!

Special guests include Mr. Kitili Mbathi, the KWS Director General. He will officially release the results of the Great Grevy’s Rally conducted earlier this year. Renowned scientist, Professor Dan Rubenstein from Ivy League Princeton University, will present his interpretation on what the results mean for the future of the Grevy’s zebra in Kenya. He will be joined by other conservation stakeholders to give further insight on what these data mean for their on-going and future efforts.

The general public as well as members of the press are invited to join for a fun-filled evening of celebration, learning and sharing about one of Kenya’s most iconic conservation celebrities. All proceeds made from the Great Grevy’s Ball will go towards the Great Grevy’s Rally 2017.

More information can be found via www.laikipia.org