Drought in Horn of Africa is a race against time 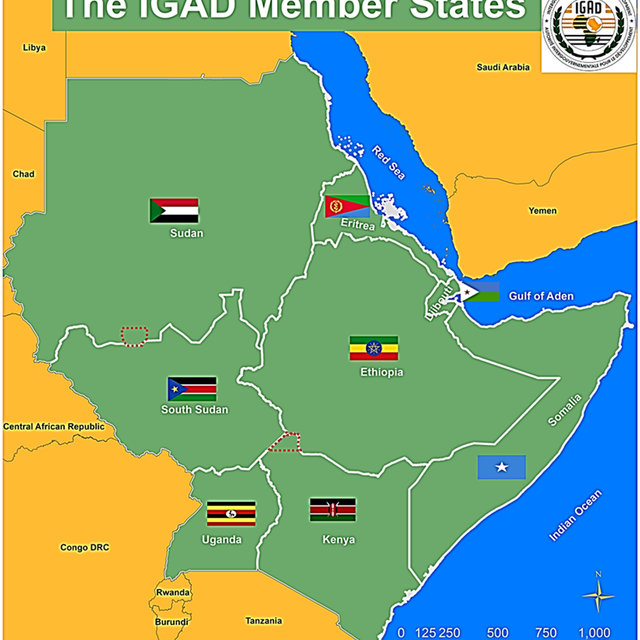 The Horn of Africa is battling with a historic drought that threatens the lives of millions of people. More funding is urgently needed for both emergency relief and long-term solutions. Finland, too, has increased its support to the region.

Massive amounts of humanitarian assistance are needed in the Horn of Africa today.

It was the main message Gemma Connell, Head of the Regional Office for Southern and Eastern Africa of the Office for the Coordination of Humanitarian Affairs (OCHA), had for her Finnish audience on -4th of October. Connell spoke in a briefing organized by the Ministry for Foreign Affairs from Nairobi, Kenya through a remote connection.

Three countries of the Horn of Africa – Somalia, Ethiopia and Kenya – are suffering a historic drought that is affecting the lives of more than 36 million people. As many as 21 million people are already facing acute hunger, according to Connell.

Climate scientists and village elders both say the drought is the worst in the past four decades.

“The drought has lasted already two whole years. The village elders have never in their lives seen a drought so serious and protracted,” Connell says.

Not only has the twice-yearly rainy season failed, but temperatures, too, have been exceptionally high. A similar combination of drought and high temperatures was seen in 2011 and 1984, when the Horn of Africa was plagued by famine.

“It is the horror we are now facing,” Connell says.

Starvation is rarely the cause of death in famine.

“Most people die of diseases. We are already seeing a rise in the cases of cholera and measles,” Connell added.

Every crisis exacerbates violence against women. There is more intimate partner violence, and drought forces women to collect water from distances two to three times longer than normally, exposing them to a higher risk of sexual violence.

Child marriages, too, seem to be on the rise.

“There is no data yet, but we are hearing the same story in every school and village we visit,” Connell continued.

For many families, having a young girl married may be their last resort to survive. The family gets a modest extra income from the dowry and they have one less mouth to feed.

“Somalia is the face of climate change”

The food crisis is exacerbated by the inflation resulting from the war in Ukraine and by the conflicts in the region that prevent assistance from reaching its destination. However, the worst factor is climate change. Connell and Ridley both emphasise that the crisis is caused by climate change and the people who suffer from it are the least to blame for climate change.

In Somalia alone, extreme weather events associated with climate have tripled over the past 30 years.

“It makes life ever more difficult,” Ridley says. “Somalians are the human face of climate change.”

OCHA is now trying to get climate funds to help mitigate the hunger crisis.

“The Green Climate Fund, for example, amounts now to more than USD 40 billion, of which USD 2.8 million has already been used, and USD 10 billion is earmarked to different targets,” Gemma Connell said before adding: “There is still billions of dollars left. And there are other funds, too, that must be opened and used to help these people who are in the grip of climate change.”

One important opportunity for exerting influence is the Climate Change Conference COP27 in Cairo in November, and OCHA will be promoting this issue there.

“I do not believe we can prevent future crises but we can mitigate their effects,” Gemma Connell continued.

The next drought will likely arrive before the region has recovered from this one.

Connell says there are ways to get prepared. Land use and the soil could be improved, and many are already doing so, but there is not enough funds for this work either.

“If there are no political decisions, people will have to leave their homes because of climate change,” Ridley says.

According to OCHA, the most important donor for the crisis is the United States, followed by the European Union and its Member States.

Finland is supporting the Horn of Africa by providing both immediate humanitarian aid and more long-term assistance, according to Sofie From-Emmersberger, Director General of the Department for Africa and the Middle East at the Ministry for Foreign Affairs.

“We have increased our humanitarian assistance to the Horn of Africa,” she said.

Finland is supporting a number of organisations operating in the region, such as OCHA, the UN Refugee Agency (UNCHR), the World Food Programme (WFP), the Red Cross and Save the Children.

“Our funding amounts now to EUR 8.05 million and we are looking for ways to get more money,” From-Emmersberger added.

According to From-Emmersberger, Finland is especially focusing on the most vulnerable groups, such as women, children and people with disabilities.

She emphasises the importance of addressing the root causes of the crisis and of finding long-term solutions. It is important to support peace and prosperity, good governance, livelihoods, innovation and the resilience of societies.

“We must make progress on these tracks too,” From-Emmersberger says.

As part of the European Union, Finland is participating in two crisis management operations in Somalia. In the field of diplomacy, Member of the Finnish Parliament Suldaan Said Ahmed, who was appointed as Special Representative on Mediation by the Minister for Foreign Affairs Pekka Haavisto, is currently reviewing how Finland could support dialogue between the different parties in Somalia.

“We must work long-term on the whole, and this has been Finland’s way for decades,” From-Emmersberger concluded.