In late October this year will the focus of the global Creole community once again shift to the Seychelles, where between the 23rd and 26th the annual ‘Festival Kreol‘ will be staged.
A few years ago did the Creole world, as representatives from the Creoles island of the Indian Ocean, the Caribbean and some of the Southern states of the US assembled in Victoria – aptly named the Creole Capital of the World – nod in agreement when this correspondent raised the question if it was not time for the Creole Nation to be officially ‘born‘ and indeed has since then a greater awareness set in, no doubt propelled also by the renaming of the Creole Institute into ‘Lenstitie Kreol Enternasyonal‘ in December 2013, a move supported by fellow Vanilla Island member Reunion.

The brief of the institute extends from cultural, linguistic, scientific, educational, and sporting to economic development and cooperation. ‘The newly acquired status will position the International Creole Institute as an extended arm of the Seychelles Creole Institute with the purpose of furthering the international dimension of its general mission based on the principles of promoting and of developing the Creole, the Seychelles maternal language’ did this correspondent write in January 2014, when focusing on the gathering momentum of bringing all people of Creole culture together.

Says the Seychelles Tourism Board about this important heritage festival: ‘The Festival Kreol is the biggest and most important event of the Seychelles Cultural Calendar. It offers the visitor a fascinating week of the colours, sounds, flavours and fragrances of one corner of the Creole world that treasures its traditions while embracing the opportunities of the present‘.

To support such sentiment and ambition at home was the Heritage and Cultural Education Services recently launched in Victoria and the organization’s mission is explained below, clearly aimed at making all things Creole more popular and promoting the sense of belonging and of roots in a culture which has grown over hundreds of years. 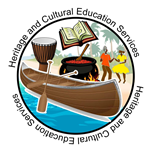 The Heritage & Cultural Education Services – or HCES is a non-governmental service which aims to promote the importance of Seychelles Heritage and its Cultural aspects.

EDUCATION
Visitors from other countries, local citizens and young people get a chance to participate, voice their concerns and become involved in the protection of our common Cultural and Natural Heritage. Encourage tomorrow’s decision makers to get engaged in Cultural and Heritage Conservation debates and to respond to the continuing threats facing Seychelles sustainable Heritage.

ECONOMIC
To operate the business on a sustainable financial basis of profitable growth increasing the Heritage and Cultural knowledge among the general public, tourists, students and expanding opportunities for the development and career growth for our employees and individuals who wants to venture in their own small business.

SOCIAL
To operate the services in a way that actively recognize the central role that businesses play in society by initiating innovative ways to improve the quality of life locally , nationally and internationally.

For added information visit the organization’s Facebook page via

Like Loading...
PrevPreviousTurkish Airlines’ arrival in the Seychelles good for tourism and trade
NextInvitation for the 11th Annual Presidential Forum on Africa Tourism!Next