16 PARTICIPANTS MAKE IT TO THE ‘GORILLA HIGHLANDS SILVERCHEF COMPETITION‘ FINALS The organizing committee for the 2018 edition of the Gorilla Highlands Silverchef Competition has just announced the 16 participating hotels / restaurants, this year covering all three countries geographically falling into the Gorilla Highlands region.
From the list it can be seen how the competition has taken root, now attracting the very best from Uganda, Rwanda and Eastern Congo.

Taking place for the first time in the Rwandan capital will the Kigali Marriott Hotel provide the venue for the chef competition which is now in its fourth year and has since its launch grown in leaps and bounds.
Participating chefs will cook off in two shifts, 8 in the morning and 8 in the afternoon. They have to prepare a two course meal from ingredients they will only learn about when they enter the kitchen, a major change from past years when they had advance notice of ingredients and could take their time to decide on their respective menus.

Notably will the competition this year see chefs from Serena Hotels, Marriott, Park Inn by Radisson and Protea Hotels compete, joining their colleagues from other well known hotels, lodges and resorts in the Gorilla Highlands region. This should lift the competition this year to the level of a major regional event which in the future is bound to attract the attention of the hospitality industry, stakeholders and media alike and will become a fixed point in the annual calendar of such events in the wider Eastern African region.

During the coming weeks will all 16 competing chefs be personally introduced here as well as on the Gorilla Highlands Twitter stream.
The public will be able to join the competition on the 28th of April at the Marriott Kigali Hotel to witness the announcement who will become the fourth winner of this culinary event. 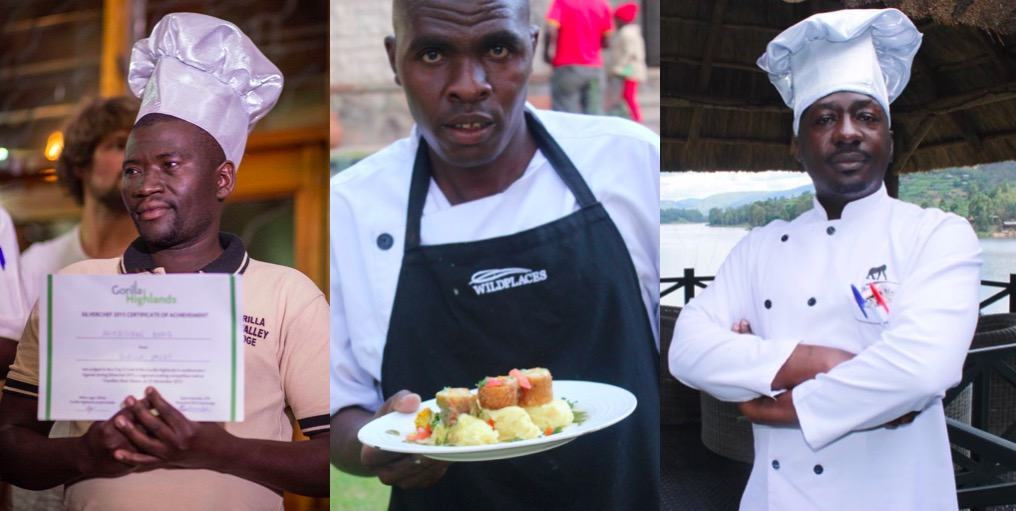 Stay tuned to this place, follow the various twitter feeds and social media pages of the Gorilla Highlands Silverchef competition or simply sign up for your free copy of articles posted by this correspondent Prof. Dr. Wolfgang Thome