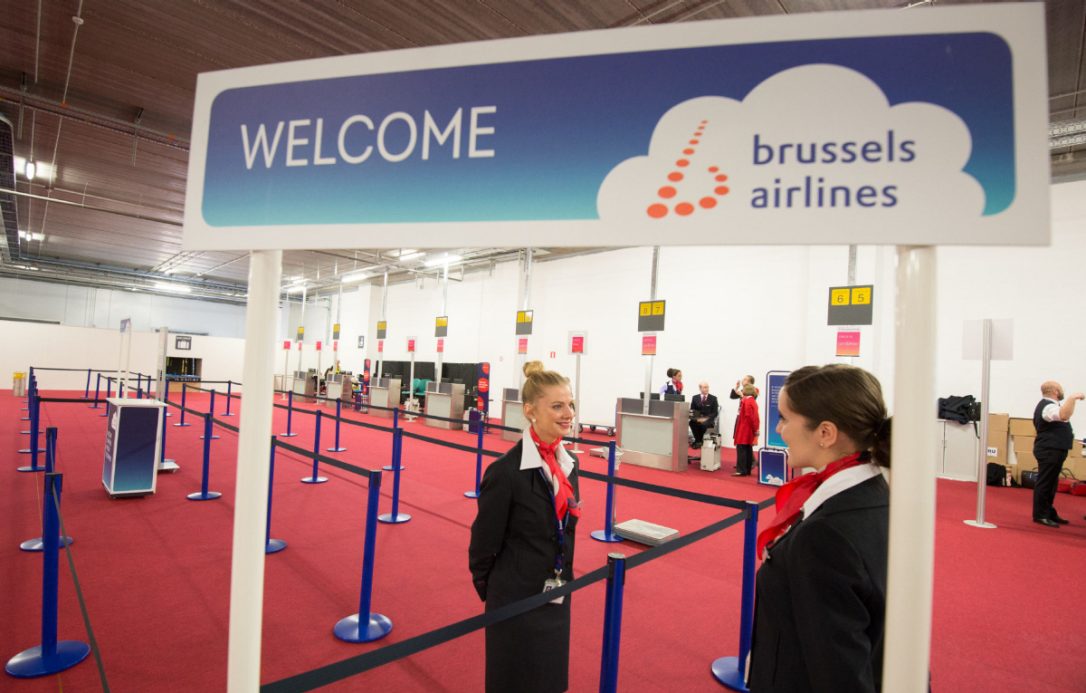 The Embassy of the Kingdom of Belgium launched a series of events, celebrating the establishment of a direct Embassy in Kampala / Uganda 20 years ago, after previously being represented by a Consul General and an ambassador based in a neighbouring country.
When it comes to Belgium is no celebration complete without the presence of their national flag carrier, in this case Brussels Airlines, as the post on the Embassy’s Facebook page shows:

‘As part of our special 20 year celebration this year, that saw us launch our Belgian Week programme and 20 year “Sharing more than colours” logo, one simply can’t forget to reference a company that always goes the “extra smile” and has been, quite literally, proudly flying the flag when it comes to Belgo-Ugandan relations. We are of course speaking of the iconic Brussels Airlines (formerly SABENA) whose ties with Uganda go back to as early as 1953, when the first SABENA flight touched down in Entebbe en-route to Lubumbashi. This route continued in that format for about 10 years before SABENA, in 1963, launched direct flights from Brussels to Entebbe.

In 2017 Brussels Airlines celebrated 15 years of a growing presence in Uganda, now seeing them fly daily from Brussels to Entebbe. It is however not just passengers that Brussels Airlines flies to Europe but also flowers, fresh fruits and vegetables and fresh fish fillet from Uganda, thereby deepening the economic ties between Uganda and Belgium (and the rest of the EU). Furthermore, Brussels Airlines services have positively impacted the Ugandan tourism industry, a fact that has not gone unnoticed, seeing them twice in recent years being honoured and recognized by the Uganda Tourism Board and the Ministry of Tourism for their invaluable contributions to promote the country abroad.’

This prompted some additional enquiries and looking up historic events of an airline which, under their current and two former names, has been flying to Uganda since 1953 – even though a SABENA flight already landed in Entebbe in February 1940.

Enjoy the following milestones of Belgian aviation history in Uganda:

1940: First SABENA flight landing in Entebbe was on 13th February 1940 and was flown in a roundtrip combined with Bujumbura (Burundi), operated with a McDonnel Douglas DC 3 (registration code: OO AUH).

1953: First SABENA flight from Brussels to Entebbe was on the 04th of May 1953 – Entebbe was part of the Congolese network of Sabena and was combined with Elisabethville (now Lubumbashi). This flight took place only 1 year after the official opening of the new EBB airport in 1952. The flight had the following schedule: Brussels – Rome – Cairo – Entebbe – Elisabethville and was operated with a DC6 and had 40 seats type 1st class “Air sleeper”. The name of the captain on the inaugural flight was Captain Henquin.

1963: First direct flight with a B707 jet aircraft from Brussels to Entebbe landed on the 12th of June 1963 and the schedule at the time was Brussels – Athens – Entebbe – Elisabethville.

2002: First flight SN Brussels airlines landing in Entebbe on the 26th of April 2002. This flight was operated with an Airbus A330-300 (registration code OO SFM).

2017: 15 year of Brussels Airlines in Uganda is celebrated with a series of events and special offers and served as launchpad for the introduction for the first time a daily flight from EBB as from 01st DEC 2017.

Voila, there you are, this was the aviation history lesson to be shared today and what SABENA used to call ‘Savoir Vivre‘ in the air remains today an integral part of Brussels Airlines service as their crews and ground staff continue to go the ‘Extra ‘S’Mile’