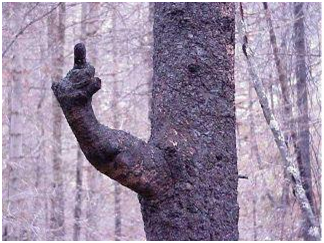 THE SILENT ASSAULT ON MABIRA CONTINUES UNDER THE NOSES OF NFA

This week the world celebrated the International Forest Day and, I guess true to form, I felt the time was right to dedicate some thoughts to the forests in our region. In Kenya politicians pondered for the past 5 years how to restore the Mau Forest, and others, to their crucial functions as water towers. In Tanzania illegal logging is now worse a problem than poaching, and that is out of control as it is, and the seizure of a freight train last week packed with illegally logged timber shows how deep the collusion has reached, when entire railway trains can be converted into ferrying the loot.

Of course, a shining example in East Africa is Rwanda, where Nyungwe Forest is a national park and jealously guarded and protected and where Gishwati’s tourism potential will in a few weeks time be revealed in a breaking news article, paying tribute to those in the land of a thousand hills who have the foresight to protect their forests as sources of water, medicinal plants and to store carbon emissions and use them sustainably for green ecotourism activities.

But today it is once again Mabira which has caught my attention, as reports keep emerging of continued illegal logging deep inside the forest, now a growing problem thought worse than the ill considered move to turn a quarter of the forest into a sugar plantation. The forest, as demonstrated in an earlier article, has started to develop its tourism potential, slowly but surely, and the RainForest Lodge in Mabira has become a focal point of forest tourism, from where cycling and hiking trips can be arranged with ease. Opposite the turn off to the lodge is, a few hundred metres down the track, the forest’s eco tourism centre, established by the National Forest Authority, from where some of the hikes start and where mountain bikes are available for hire, for those who come without them and then suddenly get into the mood for a ride through the forest under ancient trees.

Robert, the secretary to the Mabira Forest Integrated Communities Organisation, aka MAFICO, was recently quoted in the local media as having said: ‘It is part of the rich cultural heritage of Mabira ‘ before adding that though the history of Mabira is locked up in mysteries, the legendary stories have been told over generations.In the last five years, according to Robert, the Small Grants Programme under the United Nations Development Programme has invested $70,000 to help harness the tourism potential at Griffin Falls and also promote community development.

‘The tourism potential at Mabira is immense’ added Robert saying that there are many tourism products waiting to be harnessed.

Only two years ago was a new species of primates discovered and confirmed by experts and the list of birds, butterflies and a range of other mammals, of trees, medicinal plants, shrubs and orchids is extensive, belying the fact that the forest is so close to the country’s capital of Kampala. As a result the nearly 29.000 hectares of the forest serve as the green lung of Kampala, often overlooked, often denied but nevertheless so, maintaining that crucial balance of carbons released by society’s modern lifestyle and industrial emissions and carbons captured in the trees.

The added function as a water tower is equally important, as the River Nile and the River Sezibwa both drain from it, benefitting water levels in Lake Victoria.

(Aerial pictures taken recently, showing the extend of encroachment, where little shambas are cleared of tree cover, and in one picture the column of smoke where cut offs from illegally cut timber are burned)

The loss of forest cover in Uganda is massive and has increased in recent years, largely attributed to unscrupulous politicians promising land to their constituents in return for their votes, and this has led in other parts of the country to hundreds of deaths when landslides consumed entire small villages, built by people illegally entering Mt. Elgon Forest National Park and refusing to leave despite such tragedies. Similar reports of illegal forest occupation come from Kibaale District and elsewhere in the country. Again, recent media reports now call the issue of the environment a matter of national security and the following article copied below speaks volumes of where Uganda is heading:

Although the country’s collective Vision for 2025 talks about, a “Prosperous People, Harmonious Nation, Beautiful Country,” little is being done to secure the environment. And because of this Uganda is losing its forest cover at a rate of 2% annually amounting to 892,000 hectares.

According to FAO, countries like Rwanda where the forest cover is increasing have improved in their policies, laws and invested more for foresters to engage the local population to conserve nature and plant trees.

Godber Tumushabe, the head of Advocates Coalition for Development and Environment points out that the ecological integrity particularly the environment that drives the county’s food basket and the forests together with wetlands that feed water bodies with water should be placed at the same level as state security.

“Poor people without resources and hit by environmental disasters are ungovernable,” says Tumushabe.

Change of land use is not a wise option

While the Mabira give away to the Sugar Corporation of Uganda Limited (SCOUL) is being considered to address sugar shortage in the country, a study on the economic valuation of Mabira shows that such a proposal is a miscalculation.

But if SCOUL increased its productivity to match Kakira and Kinyara then the expansion of the sugarcane scheme into Mabira would not arise, according to a new report.

The report entitled Economic Valuation of 7,186 hectares of Mabira Central Forest Reserve proposed for the land use change or outright degazettement,” says if SCOUL produces at Kakira’s rate of productivity then the demand for land would reduce to 5,496 hectares.

SCOUL’s demand for land could reduce further to 4,988 hectares if SCOUL produces at 120 metric tonnes per hectare as proposed by a study by the Africa Development Bank.

Another scenario is that SCOUL could also improve its sugarcane conversion from 8.4 to 10 like Kinyara. If this is achieved, the land demand could reduce from 7,186 hectares to 6,036 hectares.

By increasing the productivity of land as recommended by the African Development Bank study together with increased sugar conversion, SCOUL’s demand for additional land could reduce by 5,038 hectares leaving an outstanding need of only 2,148 hectares. This, according to the report, could be obtained elsewhere and Mabira be left alone.

The report was done by a team led by Dr. Yakobo Moyini (R.I.P) as the lead researcher four years ago. The study was commissioned by Nature Uganda, a non-government organisation and partner of BirdLife International.

Other researchers included a biodiversity specialist, an agricultural economist, a forest inventory specialist, a natural environment economist and a policy analyst.

Apart from the results of the economic analysis, the report questions why the Government, “appears to place an apparently greater focus on SCOUL, the least efficient firm in the sugar industry.”

This, among many other media reports and scientific contributions from forestry experts and researchers goes to show what important role Mabira has to play, and yet, under the cover of darkness but increasingly often in bright daylight are lorries emerging from the forest loaded with freshly cut timber, widening the cleared areas invisible from the main road through Mabira but visible very clearly from the air, as the pictures above show.

International Forest Day should mean something, here in Uganda in particular as we claim the name ‘The Pearl of Africa’ but it takes political will and backbone on one side and halting forest give aways which send the wrong signals and encourage wood poachers on the other. Tourism is a big business now in Uganda and it depends overwhelmingly on intact nature, intact forests and the birds, wildlife and reptiles found across the country.

When nature is destroyed, tourism will collapse alongside it and when tourism collapses our economy will be on the brink too, oil and gas or not, unless we will happily ever after live in a wasteland where food and water and fresh air can no longer be taken for granted.

NFA, according to well informed sources on the subject, are shy to lock horns with the power that be, and while off the record express their vehement opposition to what is happening to Uganda’s forests, hardly dare to stand up to the appointing authority, draw a line in the sand and tell politicians to dare cross and then face the full force of the law. Hence, NFA officials have a good inkling of what is going on vis a vis illegal logging but have to tread on eggshells instead of mobilizing and leading the cavalry to the sites in question, taking those found into custody and charge them in court, while at the same time going for the financiers and middle men, just like it should be done with poachers of elephant.

Is it too much to ask to protect our still relatively intact nature for future generations or are we today mortgaging the future of our children’s children with irreversible destruction. Time will tell – I hope you hugged a tree on the International Forest Day, or better planted a few.