Mt. Kenya’s myths … is there a resident called ‘Ngai’ living up there?

Lillian Gaitho, in her Sunday contribution, is trying to get to the bottom, or perhaps more fittingly, to the peak of the myths surrounding Kenya’s highest mountain.

In The High Dwellings of the God: Climbing Mt. Kenya 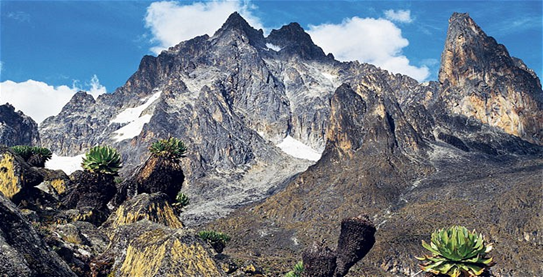 Lying perhaps unjustly in the publicity shadow of Mt. Kilimanjaro is Mt Kenya the second of Africa’s tallest mountains nevertheless a formidable challenge for climbers and on the bucket list of many alpinists from around the world.

The mountain, which in more ancient days recorded a height of over 6000 meters above sea level, has seen dramatic changes through the years to its current imposing jagged massif. These are the weathered remnants of a large extinct volcano which last activity was recorded millions of years ago. The initial rim of the mountain over time eroded and only left the inner peaks standing. The mountain today is circled by albeit shrinking glaciers and capped with snow, despite straddling the equator.

Trekkers and climbers can look forward to dramatic vegetation; from bamboo stretches, afro-alpine moorland, tropical forests, grassland, rare giant lobelias and shrubs. There are five known routes to the peaks, twin peaks of Batian (5199m) and Nelion (5,188m) and the no less dramatic Peak Lenana (4,985m), each calling for tough fitness as well as altitude experience. 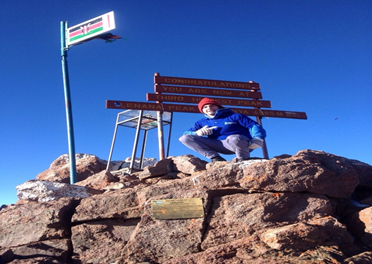 This is the fastest, thus most popular of the routes. Climbers will take between 3-5 days to complete the ascent, mostly having scaled the Lenana Peak. The climb is quite rapid with sharp uphill stretches, which makes it unsuitable for climbers who wish to gain extra time for acclimatization. Although it’s a recommended route for climbers who are pressed for time, it’s not as scenic as the other two. There are several camp sites on the route as well as bandas and huts that should be booked ahead of the climb with the guide’s assistance. Worth of note is the legendary vertical bog, a 9 km stretch of muddy moorland that can get quite unpleasant after the rains. 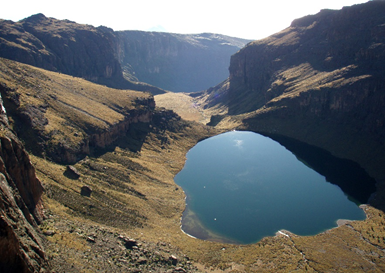 Laying to the East of the mountain, the Chogoria route has long been considered the most scenic and dramatic of all the three routes. Among other notable features along the route include Lake Michaelson and the spectacular Gorges Valley. The gradient is less sharp, making it more of a hike than an arduous climb. The route is also not as popular, thus a great option for trekkers keen on avoiding the crowds if at all one can speak of crowds up there. You may choose to camp along the route, remember the temperatures will go down to -20 or even below, so be ready to counter this. The last night just before you scale the summit will most likely be spent at Shipton summit hut before taking a different route – Sirimon route – on descent to maximize on the experience. Note that Chogoria is the longest route and may take up to 7 days depending on your fitness and time allowance, you will however enjoy the benefits! 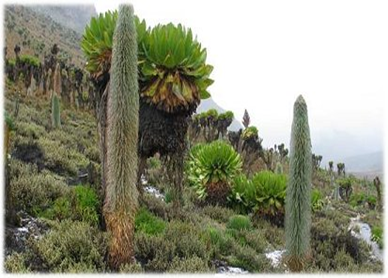 Sirimon route is the least trekked path of the popular three, but offers the best acclimatization opportunity. The route can be anything between 54-60 kilometers with very picturesque lining of yellow-wood forest. The very gradual trail then leads through moorland patches, beautiful and rare high altitude flowers and lots of wildlife including buffaloes and elephants.

If travelling into the country, you may need an extra day in your itinerary for arrival at Jomo Kenyatta Airport in Nairobi and a two-hour drive to the starting point of your climb. Effect this on your departure schedule as well.

Regardless of your preferred route, ensure that you are fit and healthy enough for the challenge. There are numerous reported cases of pulmonary oedema and related ailments by climbers. In case your body says otherwise along the climb, it would be prudent to not take the risk above the clouds.

You can get sleeping gear, camping wear and other odds and ends around the townships. Your guide should also be able to link you up with reliable porters, cooks and any other service staff you may need.

The Agikuyu tribe of Kenya, who live around the mountain have a firm believe that God – commonly referred to as Ngai lives on the mountain. Thus, they traditionally built their huts facing the hallowed mountain.

Safety: It’s important that you get an experienced guide as recommended by your booking company. Lone climbers must be very experienced, although part of the park rules insists on never climbing alone. Porters are also available to carry provisions, firewood and for those who wish to camp, tents.

Like Loading...
PrevPreviousFetafrik and Fashion – Mustafa Hassanali makes it happen in Victoria
NextWasini Island – almost as set in another worldNext