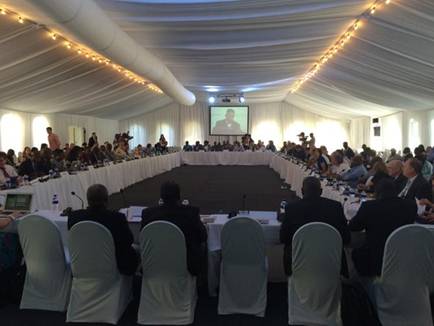 Your daily dose of bad news about poaching, wildlife and environmental crimes from around
the world ……………

COMMENT: One year on from the London conference and the ivory trade continues at the same level. This has to be classed as abject failure, especially by CITES. Conferences do not save wildlife, so why do much the same people keep on attending them? The costs involved are eye-watering – while the rangers who do put their lives on the line to save wildlife are paid a pittance. Checkout ‘The 2014 London Declaration’ https://www.gov.uk/government/uploads/system/uploads/attachment_data/file/281289/london-wildlife-conference-declaration-140213.pdf and http://www.bbc.co.uk/news/science-environment-26172179 Since then we have seen INTERPOL step up their work and make real progress, which is commendable. Sadly, we have seen CITES move at glacial speed and achieve nothing, which is lamentable.

written before it began.

Speeches, condemnation – you know the kind of stuff you have read a

hundred times before. But, no one is ever held accountable, are they?

Which is what these bureaucrats and conference addicts like – it beats

of any project, event, business etc.

in the spotlight today – evidence of what continues to happen when a) CITES fails to punish convention-busters b) CHINA is allowed time and again to flaunt CITES. You’d think this latest news would shame CITES officials into taking action against ALL those who break the convention – instead of attending yet another talking-shop, wouldn’t you? Lack of CITES enforcement by the bureaucrats is a major reason why nothing ever changes for the better, isn’t it? Global warming is happening faster than enforcement by CITES, isn’t it?

Wild African elephants could be extinct in a few decades http://theweek.com/speedreads/545771/worlds-most-common-weed-killer-probably-carcinogenic

WHO CAN WE HOLD RESPONSIBLE?

These three men are very influential over which countries are punished, or not, by CITES.

No one, least of all us, is asking these men to do more than ensure the CITES Convention is enforced – which is what they are paid very well to do.

HOW MUCH LONGER BEFORE CITES PUNISHES CHINA 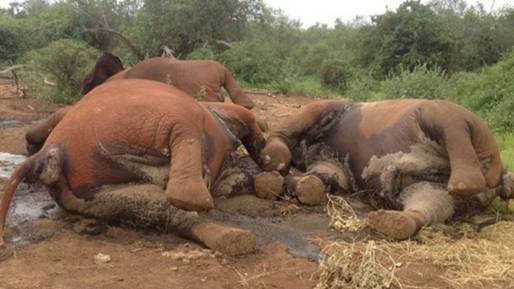 WANTED: Evidence, if it exists, of any major crackdown in China on the ivory trade since February 2014. This could include a poster campaign in airports, on the streets, in newspapers, etc. Anything that might indicate the Chinese government is committed to ending the slaughter. This December 2014 report says it all: A quarter of all ivory sold in Beijing and Shanghai is obtained illegally. Over 25 per cent of ivory sold in Beijing and Shanghai is illegally obtained, a report has found – while some wildlife groups estimate that over 90 per cent of all the ivory on sale in China is illegally sourced. http://www.telegraph.co.uk/news/worldnews/asia/china/11281855/A-quarter-of-all-ivory-sold-in-Beijing-and-Shanghai-is-obtained-illegally.html This is what happens when there is no enforcement by CITES, isn’t it? Then again, we all believe CITES kow-tows to its Chinese masters, don’t we?