Your daily dose of bad news … about
poaching, wildlife and environmental crimes

Please note: For newsletter subscription and circulation details see message at the end of this newsletter.

WildScan is a comprehensive species identification and response mobile application designed to combat wildlife trafficking. The application is designed to help frontline wildlife law enforcement agencies correctly identify, report and handle marine, freshwater and terrestrial animals caught in the illegal wildlife trade. WildScan places critical information on endangered species, provided by leading experts in many fields, at the fingertips of those who need it most. WildScan is available for free on Android devices and will have multiple language support available in 2015. http://www.freeland.org/#!wildscan/chp2

Marked Increase in Arrests and Convictions for Rhino Poaching, According to Police Commissioner http://zebra.bookslive.co.za/blog/2015/05/11/marked-increase-in-arrests-and-convictions-for-rhino-poaching-according-to-police-commissioner/

13 held for smuggling scales of endangered Pangolin. EXTRACT: With the arrest of 13 people, the state forest department today claimed to bust an inter-state gang allegedly involved in smuggling the scales of endangered animal, Indian Pangolin, to China. http://www.business-standard.com/article/pti-stories/13-held-for-smuggling-scales-of-endangered-pangolin-115051101013_1.html

NA COMMENT: Despite what you see and read about the bird trade in Indonesia, the authorities in Jakarta continue to turn a blind eye to the despicable wildlife trade right on their doorstep. CITES STILL ISN’T WORKING, IS IT? http://news.mongabay.com/2015/0511-jacobson-cockatoos-response.html

Thought for the day: Change is automatic. Progress is not. Progress is the result of conscious thought, decision, and action.

INDONESIA: A TINY SAMPLE OF THE WILDLIFE TRADE IN JAKARTA, INDONESIA. Much of it illegal. All of it unsustainable and approved by the government. Top officials have received and ignored countless reports. WHAT’S CITES GOING TO DO ABOUT THIS – IF ANYTHING?

and from the Pramuka market – where traders are aggressive towards anyone asking too many questions or wanting to take photos. This market is so bad as to be beyond any description we can think of.

Besides its illegality, this ‘dump’ of a market is an infectious disease and fire hazard.

The Indonesian CITES wildlife authorities appear not to care.

When you look at the headline and photos above and the quote below, what are you

When conservation people or organizations see a big prize, like the promise of large pots of money for saving a species like the rhino or orangutan, they all flock to it. We push and pull each other and everyone is trying — and generally succeeding — to get a piece of the pie. But once we have our piece, we don’t collaborate like the ants to all move into a commonly agreed direction. No, we all do our own thing, complain a lot about how we are not achieving our target (like saving the rhino or orangutan), but rarely join forces.

Of course, one major difference between conservation organizations and ants is that the former do not need success to survive. If ants didn’t work together effectively their colony would go extinct as there wouldn’t be enough food. After that, larger populations would disappear, and ultimately their species would cease to exist.

Conservation organizations or government authorities responsible for conservation have none of these worries about survival. How many of such institutions have been closed down because they failed to prevent the decline or extinction of a species? None is the answer, I think. http://thejakartaglobe.beritasatu.com/opinion/erik-meijaard-people-learn-ants/

Tracking a tiger trading ring that produces bone glue in Vietnam. (NA comment: Vietnam again. Read and be shocked before wondering, once again, why Vietnam is not sanctioned by CITES. It’s wrong, isn’t it? How many more protected species will be slaughtered before CITES officials take action, if ever, against Vietnam?)

The body of a tiger in the freezer in the house of B. in Nghe An Province. Tuoi Tre http://tuoitrenews.vn/features/27908/tracking-a-tiger-trading-ring-that-produces-bone-glue-in-vietnam

Chinese National Arrested in AP Red Sanders Smuggling Case ( NA COMMENT: If it’s not the Vietnamese, it’s the Chinese, isn’t it? Where is the deterrent? Where is the CITES enforcement – whatever that is or once was?) http://www.newindianexpress.com/states/andhra_pradesh/Chinese-National-Arrested-in-AP-Red-Sanders-Smuggling-Case/2015/05/08/article2804337.ece 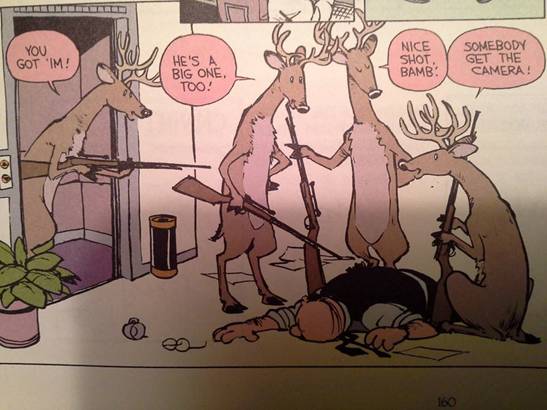 When you look at the headline above and the quote below, what are you

Kenyan police nab one with 2 pieces of ivory http://www.spyghana.com/kenyan-police-nab-one-with-2-pieces-of-ivory/

Two Abused Indo-Pacific Bottlenose Dolphins to Be Trained and Released into the Sea http://koreabizwire.com/two-abused-indo-pacific-bottlenose-dolphins-to-be-trained-and-released-into-the-sea/34924

CURRENTLY IN PURGATORY AND WAITING

TO BE SENT TO HELL. APPROVED BY ….

….The CITES Management Authority of China
IT’S SO VERY, VERY, WRONG – ISN’T IT?

…CONSIGNING THEM TO A LIFE OF CRUELTY AND ABUSE IN CHINA.

CITES OFFICIALS CAN EASILY STOP THIS TRADE. IF THEY HAD AN OUNCE OF CONCERN FOR ELEPHANTS, THEY WOULD BLOCK THE SHIPMENT, WOULDN’T THEY?

YES – CITES OFFICIALS – ONCE AGAIN AT THE FOREFRONT OF EXPANDING THE

SHAME ON CHINA AND ZIMBABWE.

Like Loading...
PrevPreviousWhere is there a sudden light at the end of a long dark tunnel?
NextNew systems, new aircraft – which airline in East Africa could that be?Next