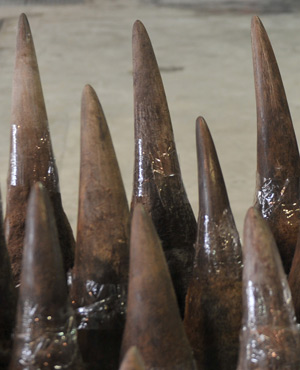 Your daily dose of bad news … about the global poaching crisis, wildlife
and environmental crimes of massive proportions …

Cape Town – Sixty-five rhino horns that were seized in an operation heralded as "Mozambique’s biggest breakthrough in the war on illegal wildlife trafficking", have been stolen. http://www.news24.com/Green/News/Rhino-horns-seized-in-Mozambiques-biggest-bust-stolen-20150526

When you look at the headline and photos above and the quote below, what are you

thinking – about CITES and its officials in CHINA, VIETNAM, HONG KONG AND MOZAMBIQUE? 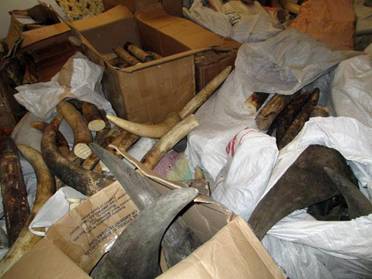 One day last week: INDONESIA’S DEATH ROW FOR CAGED WILDLIFE. The Jatinegara wildlife market in East Jakarta. INDONESIA. Despite the wildlife trade at this market being unsustainable, despite the extreme cruelty involved, despite the ‘legal’ trade acting as a cover for the illegal trade, despite this involving imported as well as native wildlife, despite the high risk of disease, and most of the wild birds and animals bought as pets by people with no idea how to care for them resulting in the wildlife dying a painful death, the CITES and other Indonesian wildlife officials continue to ignore this market. We are reliably informed by a senior official that local junior officers are paid off by the traders. What do you make of a) what you see here? b) corrupt as well as weak Indonesian wildlife management officials? c) weak and complicit CITES officials in Indonesia? 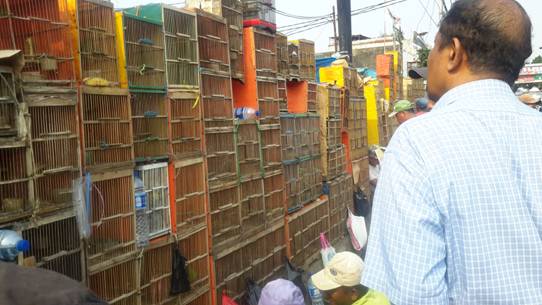 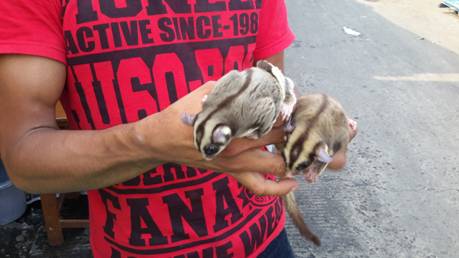 Sugar gliders stolen from the wild, destined to die as pets.

When the Buying Stops, the Killing Can Too

What you see above are primates stacked above tortoises. Apart from the cruelty and illegality, imagine

what falls through onto the tortoises from above. 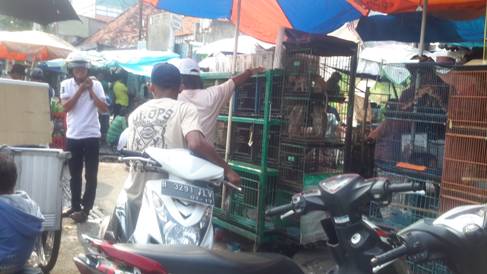 Owls, among many other species. 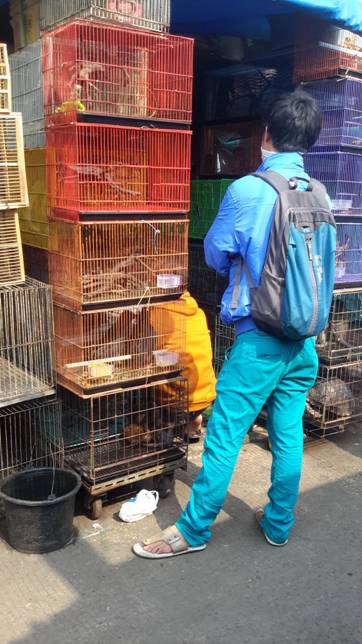 Lizards, birds, – you name it and these

dealers will obtain for you whatever you want. AND WILDLIFE OFFICIALS TURN A BLIND EYE TO THIS. SHOCKING – ISN’T IT? The absence of wildlife law enforcement in Jakarta is in stark contrast with other parts of Indonesia where officials are neither lazy, complacent or corrupt and do make arrests. 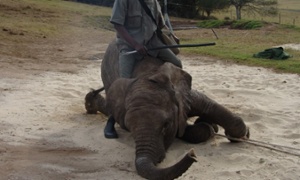 extract: "The footage shows elephant calves and juvenile elephants being chained, roped and stretched, shocked with electric cattle prods and hit with bull hooks," the National Council of Societies for the Prevention of Cruelty to Animals (SPCA) said. This was done to break the animals’ spirit so that they would obey humans, it said in a statement. http://www.theguardian.com/environment/2014/may/20/south-africa-elephant-eden-park-horrific-cruelty?CMP=share_btn_fb

Samut Prakan Crocodile Farm near Bangkok. (NA comment: Where did these chimpanzees come from?) 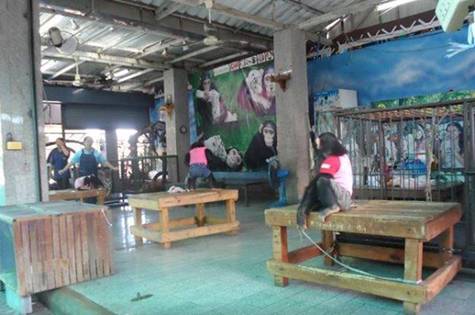 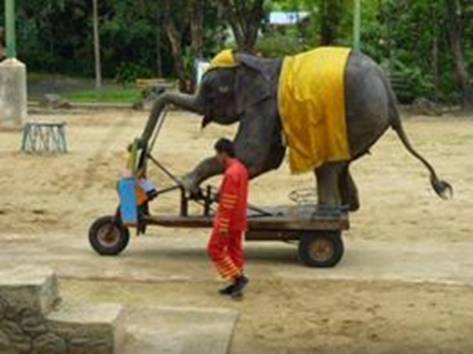 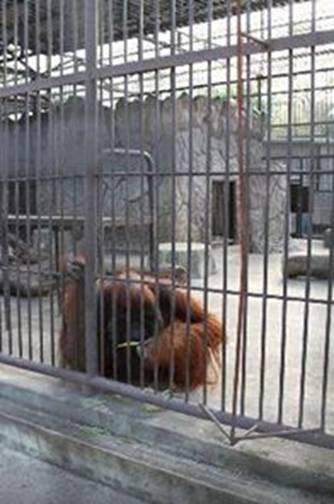 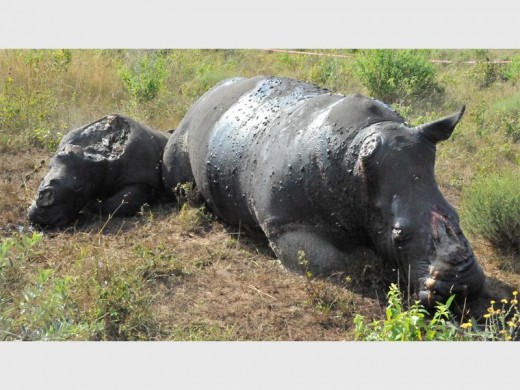 When you look at the headline and photo above and the quote below, what are you

Is it time that chimps are given legal rights? What about elephants, dolphins and whales? http://www.telegraph.co.uk/news/worldnews/northamerica/usa/11631793/Is-it-time-that-chimps-are-given-legal-rights-What-about-elephants-dolphins-and-whales.html 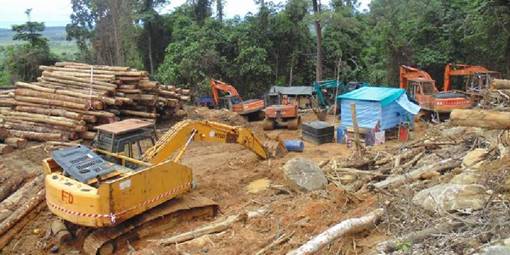 Deforestation, exploitation, hypocrisy: no end to Wilmar’s palm oil land grabs. EXTRACT With the deadline due this year for the full implementation of Wilmar’s ‘No peat, no deforestation, no exploitation’ promise, the oil palm giant is keen to push its green image in Europe. But for communities suffering its land grabs in Nigeria, nothing has changed. While Wilmar spins green rhetoric, its bulldozers are still destroying vast swathes of forest and farmland. http://www.theecologist.org/News/news_analysis/2879965/deforestation_exploitation_hypocrisy_no_end_to_wilmars_palm_oil_land_grabs.html

‘When the Buying Stops, the Killing Can Too’ http://www.iol.co.za/scitech/science/environment/when-the-buying-stops-the-killing-can-too-1.1864028#.VWXQBkYXEsc 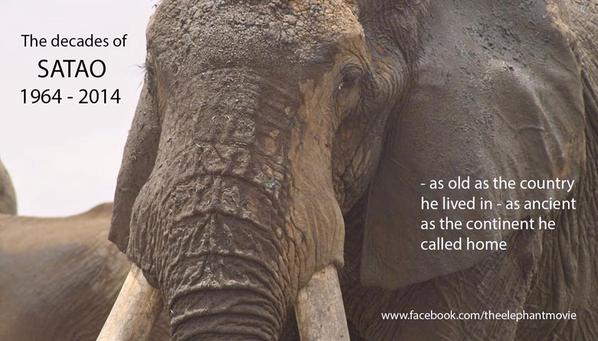 Poaching, selling of illegal bush-meat on the rise. BOTSWANA
There is a mushrooming of illegal market of bush-meat, the parliamentary Public Accounts Committee (PAC) heard on Friday. – See more at: http://www.mmegi.bw/index.php?aid=51419&dir=2015/may/26#sthash.t5TwHPGr.dpuf

Soekarno-Hatta Customs prevent smuggling of pangolin scales to Hong Kong worth Rp 2.1 billion. INDONESIA. EXTRACT Despite the police and a conservation NGO busting a pangolin poaching operation in Medan last month, it seems the endangered animal is still being poached for their scales in Indonesia.

The Customs Office at the Soekarno-Hatta Airport yesterday prevented the illegal export of a huge amount of pangolin scales. The scales were placed in 17 crates and are estimated to be worth up to Rp 2.1 billion in total. Pangolin scales are in great demand in Vietnam and China for their perceived medicinal qualities.

“The [contents of the crates] were identified as dried seahorse by the sender. It was being sent from Cibinong to Kwutong, Hong Kong,” said head of Soekarno-Hatta Airport Customs Okto Irianto, as quoted by Tempo today. 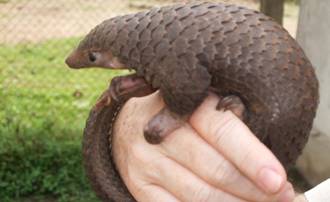 Karma or Common Sense? What Can We Learn From the Abbot’s Mauling at Tiger Temple. THAILAND http://www.onegreenplanet.org/animalsandnature/what-can-we-learn-from-the-abbots-mauling-at-tiger-temple/ 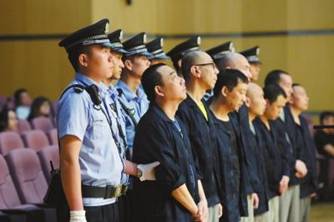 Lawyer: Confinement of chimps for research akin to slavery http://kdwn.com/2015/05/28/lawyer-confinement-of-chimps-for-research-akin-to-slavery/

Greenpeace re-engages with APP after response to activist’s killing http://news.mongabay.com/2015/0527-app-greenpeace-re-engage.html

World’s Rarest Porpoise Is Dying to Feed a Black Market in Fish Bladders. A new Greenpeace investigation links Mexico, the United States, and Hong Kong in the illegal wildlife trade killing off the vaquita. http://www.takepart.com/article/2015/05/27/mexico-hong-kong-illegal-wildlife-trade-driving-vaquita-porpoise-extinct

China defends trans-Amazon railway, says it will protect the environment. (NA comment: If you believe that you probably also believe the moon is made of cheese.) http://news.mongabay.com/2015/0527-trans-amazon-railway.html