#QatarAirways to go three times a day to the #Maldives 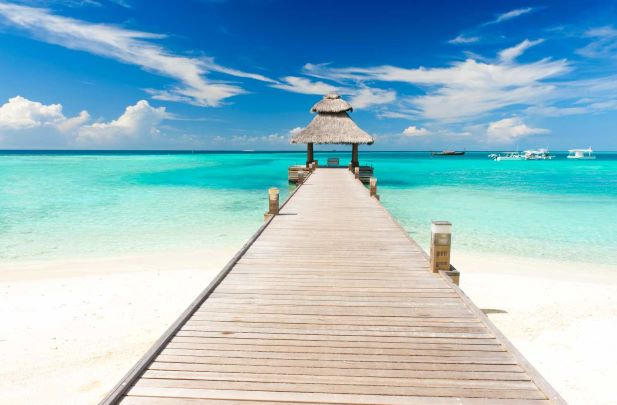 The Maldives, a destination considered friendly to airlines in a similar way like the Seychelles, is reaping the benefit of their open sky aviation policy when Qatar Airways announced earlier in the week that they will add a third daily flight, effective 28th of October.
The airline currently flies twice a day with a state of the art Airbus A350XWB, featuring their award winning QSuite business class.
The third daily flight will for the time being be operated with a mix of Airbus A330 and Airbus A320 aircraft.
Located in the deep of the Indian Ocean and just a five-hour flight from Doha, the picturesque islands are renowned for their immaculate white sandy beaches, magnificent diving spots and well-preserved natural wonders, all of which make it one of the world’s most exotic and tranquil leisure destinations.

Qatar Airways Group Chief Executive Mr. Akbar Al Baker, said when making the announcement: “We are delighted to announce the addition of a third daily flight between Doha and the Maldives, one of our most popular holiday destinations. We believe that a luxurious travel experience isn’t just about the destination, but about the whole journey itself. The additional daily frequency between Doha and the Maldives showcases our commitment to expanding our global route network, in order to offer our passengers enhanced choice and flexibility when planning a holiday getaway. We are pleased that we can continue in our efforts to provide our passengers with even more opportunity to experience this captivating destination.”
It was only in October 2017 that the airline upgraded its double-daily A330 service to the Maldives with an A350 aircraft, featuring a total of 283 seats, with 36 in Business Class and 247 in Economy Class.
The third daily flight to the Maldives will provide greatly enhanced connectivity to destinations such as London, Berlin, Paris, Milan, Rome, Frankfurt, Zurich, Moscow, New York, Los Angeles and Chicago via Qatar Airways’ five-star hub airport, Hamad International Airport. All these cities are key source markets for the Maldives and the archipelago’s 5 star resorts.

Qatar Airways currently operates a modern fleet of more than 200 aircraft via its hub, Hamad International Airport (HIA) to more than 150 destinations worldwide. Earlier this year, Qatar Airways revealed a host of forthcoming global destinations in line with its expedited expansion plans, including Gothenburg, Sweden; Da Nang, Vietnam and from mid December als Mombasa, Kenya, the latter in stark contrast to be served only four times a week, largely seen as a result of Kenya’s closed sky policy to protect their ailing national airline.

In East Africa does Qatar Airways serve Entebbe / Uganda with daily flights, combined with Kigali / Rwanda. The airline also flies double daily to Nairobi – the same number of flights presently operated with an even larger aircraft to Male – and in Tanzania serves Kilimanjaro, Dar es Salaam and Zanzibar.

Like Loading...
PrevPrevious#Asia #Pacific region tourism growth important for industry worldwide
Next#AirSeychelles takes children to the air ahead of their 40th anniversaryNext