More than 190 million euros of expenditure by foreign tourists were recorded during this first half of 2018, nearly 50 million more than last year at the same time, representing more than one million Euros tourist spending per day on the territory.

This exceptional growth is explained not only by a steady rise in attendance but also by the origin of tourists welcomed in recent months: this record is due in particular to the growing influx of metropolitan (+ 15%) and European ( + 14%), who spend more than visitors from the Indian Ocean area whose number is slightly down over the period.

With an average expenditure of 803 euros per tourist on this first half, against 652 in 2017 at the same time, the target of 365 million euros of tourist receipts for the year 2018 should be reached before the end of the year.

The figures for the first half of this year 2018 exceed the planned objectives and reassured all tourism stakeholders of the island on the current trend: 241,579 tourists were welcomed on the island during this first six months of 2018.

Compared to the first months of 2017, this is an increase in arrivals of 11%, 23,263 more tourists than last year over the same period . The month of January was exceptional with 58,771 tourists welcomed over this period. It is also the month during which the external attendance was highest during this semester.

In more detail, this increase in attendance is mainly due to a first quarter showing growth of 17% over the previous year.

Recreational tourists are still in the majority on the whole attendance and represent 91.7% of the total attendance, against 8% for business travellers. As in 2017, the average length of stay remained at 17 days. 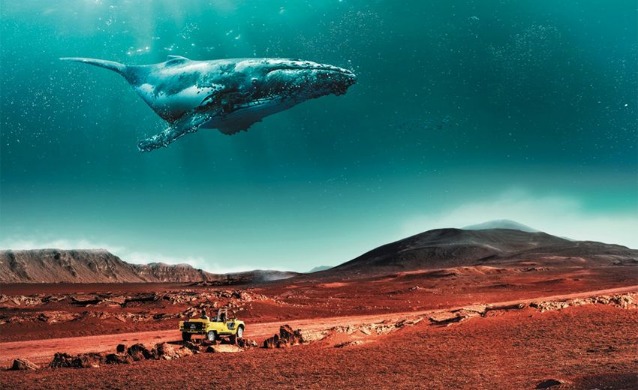 The evolution of attendance

Tourists in the Indian Ocean area still represent a significant share of total attendance, with 13.3% of the total clientele today.

The European market (excluding metropolitan France) remains an important tourist center for our destination and, in the first half of 2018, accounts for 6.5% of total attendance. Most of this clientele comes mainly from the Belgian, German and Swiss markets.

Finally, tourists from the rest of the world today represent 1.5% of the total number of travelers registered since the beginning of the year.

Once on the island, more than half of the tourists outside (50.7%) of these have opted for a commercial accommodation. Ranked hotels are the most popular establishments by 21.2% of the total clientele. Next, seasonal rentals have captured 19.5% of travelers since the beginning of the year, against 14% at the same time last year.

Satisfaction at the highest

The local clientele represents a non-negligible part of the Reunion tourism activity. In the first half of the year, Reunion residents are responsible for 2.38 million tourist stays and 2.6 million overnight stays, which represents 168 million euros of profit for Reunion tourism professionals. At the same time, the local population made more than 11.4 million tourist excursions on the territory, of which 2 194 000 included a paying activity. The revenue from these excursions is estimated at 112 million euros . Local tourism is therefore a real financial windfall for the entire economic sector and represents, in total, nearly 280 million euros in revenueon these first months of the year. Added revenue recorded by foreign tourism, the figure thus bringing to nearly 475 million the tourism revenue for the first half of the year 2018 !

Cruises on the rise

Outside tourists are more likely to choose to travel to Reunion by sea. Between January and April 2018, 22 cruise ships anchored near our shores for a stopover compared to only 15 last year at the same time. On this occasion, more than 23,000 passengers have made the choice to land and visit our island, more than double what was recorded last year over the same period.

The year 2018 is promising for tourism, because if record numbers have already been achieved in terms of tourism receipts and attendance, many more will be achieved in the coming months: the number of foreign tourists and cruise passengers should continue to grow, as well as tourism revenues recorded locally to achieve the stated goal of 365 million daily tourism expenditures.

The data from the 2018 visitor survey are the results of surveys conducted at Réunion airports by the MTA design office.

MTA is a consulting firm specializing in the world of air transport since 1992, he worked mainly in mainland France, in Europe and in the Caribbean zone.

In the section Studies and indi