Seychelles Carnival, Number two is gone, number three is one the way 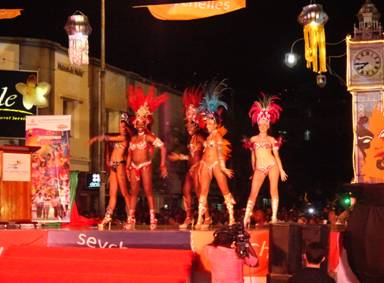 CARNIVAL INTERNATIONAL DE VICTORIA A REVIEW AND A PREVIEW

True to the words of the Seychelles Tourism Board was the 2012 Second Edition of the Carnaval de Carnivals, the mother of all carnivals in Victoria / Seychelles, bigger, better, more colourful and under an unprecedented media spotlight, bringing the Seychelles once again to the global TV screens, into radio broadcasts on all continents and into the global print media. Over 80 media organizations had been invited, nearly as many attended and continue to keep the Seychelles in the global spotlight. Attracting participation, after the traditional Ash Wednesday brought the carnival seasons in German, Brazil, the UK, Trinidad and Tobago and elsewhere to an end, was not easy but still, groups from these countries made their long way to the Seychelles, courtesy of the massive sponsorships by airlines like Emirates and Etihad, who flew the groups via their respective home hubs in Abu Dhabi and Dubai to the archipelago, equipment included. A lot more visitors came this year from Africa as it is after all an African festival as much as a Seychellois festival, the only significant one in fact on the African continent, and with Visa not an issue, none are required to visit the archipelago, more carnival pilgrims than ever before made their way to Victoria.
The opening of the 3 day Carnival International de Victoria in itself was a show worth coming to the Seychelles for, with glitz, glamour and scanty outfits of the Notting Hill samba group bringing the crowds to their feet. The speeches were short and to the point and left plenty of time for song, dance and the captivating interludes by the MCs who were on top of their game too.
Festivities across the city broke out just as soon as the formal opening was concluded and bands played, food stalls offered Creole cuisine delicacies as well as the traditional and more conventional hot dogs and burgers and the three day party was underway.
The weather was kind on the day of the big parade and led by none other than Alain St. Ange, now of course the newly sworn in Minister for Tourism and Culture, the big do started to gather pace and rolled like a juggernaut through the streets of Victoria.

It may be the smallest capital in the world but it laid claim to become a big carnival city in its own right brining together local, regional and international participants. Local floats interspersed with the international displays, which included a fire eater from India, and troupes and groups came from as far as China, Korea, Indonesia, South Africa, Zimbabwe but also from Trinidad, the UK and Germany. Notably their float captured my attention and gave me fodder for thought. Carnival German style is some very serious business indeed, as the parades in Duesseldorf, Cologne, Mainz or across Baden Wuerttembergs Alemannen Fastnacht amply demonstrate.
In my old country there have to be Karnevalsvereine, clubs dedicated to promoting the carnival traditions, holding festive and celebratory events, gala nights and of course organize the parades.
Every year, on the 11th November at 11.11 hrs a.m. does the annual season kick off, then lasting depending on the annual date of Easter, longer or shorter, as Ash Wednesday concludes the craze of in particular the last few days from Thursday till Tuesday.

At that stage in November the outgoing Prince and Princess are being replaced with the pair for the new season and the Prinzengarde are shaking their shapely legs and do their dance performances on stage to the delight of the onlookers. Now in typical German fashion, even fun and laughter has to be highly organized, not a concept I wish to see imposed on my Creole friends who are so free spirited and happy to start with, but perhaps one or two good elements could be incorporated for future events, like the #SeychellesCarnvial2013.
Maybe the election of a Royal Couple for the season, maybe the establishment of a Prinzengarde, maybe have the formal official countdown start on the 11th of the 11th at 11.11 with a grand press conference and a preview of the exciting things to come when the parade goes underway in February next year. Lots of maybes and lots of fond memories of the 2012 event, which proved that after just two years the carnival has taken roots, has established itself as one of the key annual events on the Seychellois tourism calendar and has attracted co- hosts, this year La Reunion and next year probably three, four or more co-hosts, all now willing to jump on the juggernaut bandwagon which Alain St. Ange and his now former team of carnival inspired staff at the STB have created. With him at the helm now of the newly created Ministry of Tourism and Culture, and his expanded reach as a result, the Carnival International de Victoria is bound to grow more, incorporate more ideas and bring more participation from Africa to the Seychelles, as well as from around the world. Success breeds success, and success in this endeavour is what the the Creole Island Paradise has created within just a year and a half. Well done and while for now The Carnival is over there will be another edition in just under a year. Watch this space.

Like Loading...
PrevPreviousTanzania conservation breaking news – EACJ rules against Tanzania government, Serengeti Highway case to go ahead to full hearing
NextTanzania aviation news – Swissport makes record profits on the back of a near monopolyNext 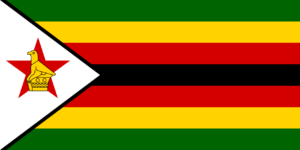