Seychelles Tourism Academy – on top of their class in Africa

In academic association with Shannon College of Hotel Management, a College of National University of Ireland (NUI) Galway

The tourism and hospitality industry in the Seychelles is at the very centre of the country’s economy and in terms of employment, foreign exchange earnings, foreign and local investments and of course bringing the global spotlight on the archipelago the leading pillar, the locomotive of success.
Last year over 270.000 visitors came to the country, three times as many compared to the native Seychellois living on the islands, a rise in arrivals of just under 20 percent and the fastest growth over the past ten years. 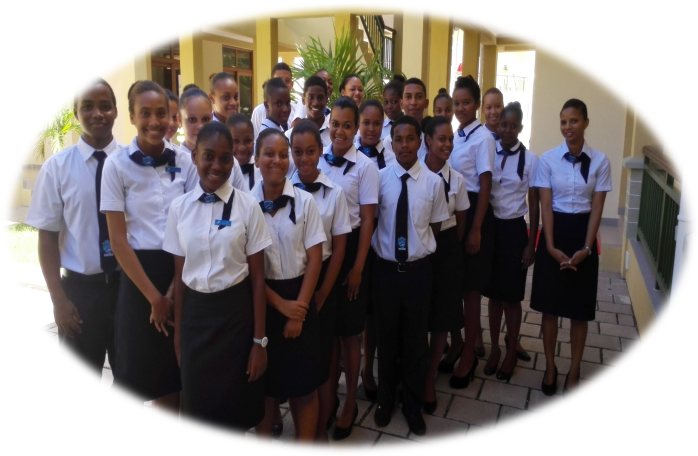 It is often said that there are more jobs in the Seychelles’ hospitality industry than there are qualified staff available from among the islands’ population and it has been government police in recent years to accelerate skills transfer, hands on training and in particular tertiary training to lift the level of qualifications for Seychellois workers, enabling them to rise through the ranks of management and build a career which can last a lifetime.
Towards this end was the Seychelles Tourism Academy’s future discussed some years ago and a masterplan drawn up to to expand the academy, which is based at La Misere and must surely claim to be amongst the most scenic settings of any comparable institution, not just amid the Indian Ocean islands, the continent of Africa but around the world.
With Phase One of the modernization of the academy completed and Phase Two now underway, which have and are adding relevant additional facilities to the hotel and tourism academy and have already boosted student capacity, as STA set new standards for African hotel schools and is recognized as an industry leader among the members of the Association of Hotel Schools in Sub-Saharan Africa.
When complete will the Seychelles Tourism Academy be the best equipped such school, offering conferencing facilities, a four and a five star villa, a complete Spa, a 60 bedroom hotel, restaurants and other amenities where the students can train hands on and learn what there is to know before they graduate from their various Certificate, Diploma and Degree courses now on offer, many in conjunction with leading international hotel institutes from around the world.

Earlier this year did STA add the Lyceum of the Phillippines to their already impressive list of partner institutions and negotiations are in the final stages with two Indonesian institutions in Bali and Bangto while discussions are advanced with counterparts and governments in Nigeria, Thailand and Sri Lanka.
As a result, in part also through the massive support extended to STA by the Seychelles’ hospitality and tourism industry, have the number of foreign students risen sharply as have at the same time the deployments for industrial training and the mandatory attachment periods for practical learning. According to the Principal of the institution, Mr. Flavien Joubert, a seasoned veteran in this field and author of two industry related books, have dozens of students from neighbouring islands and from the African mainland been able to undergo not just training in the classrooms of STA but also been part of the deployment of students into the field.

Such initiatives, aimed to place STA on the top of the food chain among hospitality and tourism training institutions in the Indian Ocean region and in Africa, was made possible through the almost unprecedented cooperation of Seychelles’ government ministries and authorities, not just the line minister of Tourism and Culture but notably also through the Ministry of Home Affairs, Department of Immigration and Civil Status, the Ministry of Foreign Affairs and of course the Ministry of Labour and Human Resources, all of which ensure that foreign students who have joined the STA courses, will have all the required permits and permissions to be deployed to hotels and resorts for their attachment periods and industrial training.
The General Manager of the academy, Mr. Peter Moncherry, echoed the sentiments of his Principal and was proud to be a member of the team. Having known both of them for the past 8 years, were they instrumental to provide factual and forward looking information about the institution’s status, back then and of course where over the years the focus shifted and what measures were needed to propel STA into the 21st century.

It is no surprise therefore that during the most recent annual graduation ceremony during which some 230 students, local and foreign graduated, the Seychelles’ hospitality and tourism industry rallied behind the institution and was present at senior most level, joining Vice President Danny Faure and Tourism and Culture Minister Alain St. Ange, Minister Idith Alexander and Mr. Philip Smith of the Shannon College from Ireland, one of STA’s earliest and strongest supporters for quality tertiary education leading to hospitality degrees.

This year Karen Cesar and Alexandra Schnell came out as outstanding performers and received the President’s Cup at the Graduation Ceremony. It was Vice President Danny Faure who presented this most sought after award, the President’s Cup to Karen in the Advanced Diploma in Hospitality Management. Karen also clinched the most outstanding performer award in her class. Alexandra Schnell on her part pulled the most outstanding performer award for 2016. It was the first time that the Tourism Academy presented two President’s cup as it had two graduating courses, one in Hospitality Management Programme and one for the Craft program meaning the rest of the programs offered by the institution.

Other prizes offered were two minister’s award for Most Outstanding Performance at the Apprenticeship level. These prizes were given by Alain St.Ange, the Minister for Tourism and Culture. The National Youth Council prize went for the Most Improved Student ahead of other prizes for best academic award, best food and beverage award and best room division award at Advanced Diploma Level.

This year 230 students graduated at the Tourism Academy and this prompted Flavien Joubert, the Principal of the institution to say as he addressed the graduation ceremony that graduates should continue with their positive attitude and to face challenges without fear of failure and for them to be motivated at all times. ‘Be a team player with respect for your colleagues, both Seychellois and our expatriate guest workers who are here in seychelles to help us. Be on your best behavior and ensure obedience to your supervisors, departmental managers and your general manager. Finally I call upon you to believe in your abilities‘ said Principal Flavien Joubert in his address to the graduates.

It goes to show that good government policies, a clear vision of how to transform a hospitality and tourism training institution to become a cutting edge academy able to compete with the best in the world and most important, the hand in glove cooperation between private and public sector and notably also among the public sector, pushing turf wars to the side in the national interest, have helped the Seychelles to accomplish progress unrivalled elsewhere in the Indian Ocean islands and in Africa.

Like Loading...
PrevPreviousLillian Gaitho’s weekend thoughts, this week about Family Travel
NextNew guide book for Praslin and La Digue is free for visitorsNext