Following the recent failure to have new nominees for cabinet positions vetted by parliament, where the opposition has the majority, has President Danny Rollen Faure taken the initiative and yesterday reshuffled and in fact reduced his cabinet.
Moved from the portfolio of Tourism, Civil Aviation, Marine and Ports was Maurice Loustau-Lalanne who is now the Minister for Finance, Trade, Investment and Economic Planning and taking over from him is Didier Dogley, who previously held the Environment, Energy and Climate Change docket. 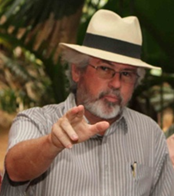 (Minister Maurice Loustau-Lalanne who moved from Tourism to Finance) 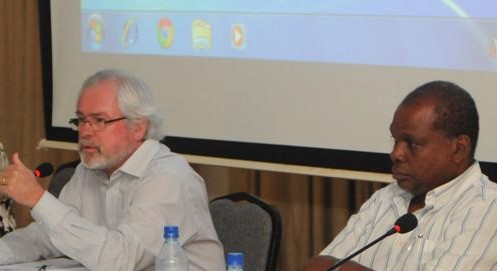 It is a fond farewell to Minister Maurice and a warm welcome to Minister Didier who takes charge of a portfolio crucially important to the Seychelles as tourism is the number one economic activity and a double corner stone and backbone for the archipelago.

The full cabinet list is shown below, now short by two – an opportunity to also bid farewell to former Minister Joel Morgan with whom this correspondent had some memorable engagements.

President Danny Faure has announced a Cabinet reshuffle involving a reduction in the size of the Cabinet which will now comprise 10 Ministers in addition to the President and the Vice President.

In the restructuring of Government following the reshuffle, the President will retain all his portfolios which include the Departments of Defence, Legal Affairs and Public Administration.

Minister Mitcy Larue will be the new Minister of Family Affairs.

Minister Charles Bastienne will be the new Minister of Fisheries & Agriculture.

Minister Wallace Cosgrow will be the new Minister of Enviroment, Energy and Climate Change

Minister Maurice Loustau-Lalanne will be the new Minister of Finance, Trade, Investment and Economic Planning, with Mr Patrick Payet as Secretary of State.

Minister Jeanne Simeon will be the Minister of Education & Human Resource Development.

Minister Pamela Charlette will be the new Minister of Habitat, Lands, Infrastructure, and Land Transport.

The President thanked Minister Joel Morgan and Minister Peter Larose who are leaving the Cabinet. The President said they had made an extremely valuable contribution to the development of the country, and wished them all the very best for the future.

The President also announced the appointment of Mr Damien Thesee as the new Principal Secretary for Finance, and Ms Irene Croisee as the new Comptroller General.These changes will all take effect from 27th April, 2018.

Like Loading...
PrevPrevious#Nairobi Now – All there is to know ahead of a visit to #Kenya
Next#LICAF turns spotlight on #Zambia Tourism and the city of #LivingstoneNext