TANZANIA GOVERNMENT SETS STAGE FOR NEXT BATTLE WITH CONSERVATIONISTS

News just broke that no sooner had the Tanzanian government been compelled by intense global criticism and threats of decampaigning its tourism industry to write to UNESCO and give a written binding undertaking that NO highway would be constructed across the critically important migration paths of the great herds of wildebeest and zebras, that they were set to start yet another battle over the equally UNESCO World Heritage Site protected Selous Game Reserve.

The Minister for Natural Resources and Tourism Hon. Ezekiel Maige was quoted today in media dispatches after an interview with the BCC’s Swahili Service in Dar es Salaam that uranium mining in the reserve, not by law as strongly protected as  full scale national park, would most definitely go ahead, in the process displaying a lack of understanding of crucial issues which speaks legends.

The Minister claimed that mining would only involve about 1 percent of the parks overall area of nearly 55.000 square kilometres, requiring only minor ‘boundary corrections’ and that the income accrued from mining would help government to pay for the upkeep of the park.

Giving a figure of an estimated value of 200 million US Dollars the selected mining company would make per year from the mine, he then went on to state the Tanzanian government would earn 5 million US Dollars from the project each year, a measly 2 ½ percent ONLY of the estimated proceeds going into the ‘investors’ pockets. Seemingly unaware of this grossly disproportionate figure he went on to claim that uranium mining would not increase radiation levels any more than already registered while the metal was still underground, an astonishing statement for a supposedly well informed and well briefed government minister.

To make matters worse, the Minister then reportedly insisted that as a sovereign nation Tanzania would not require nor seek permission from UNESCO over the mining plans inside the World Heritage Site – a diplomatic affront of the highest order and only explained by having had to eat humble pie a few days earlier when after full mouthed statements to the contrary he had to sign a letter to UNESCO declaring the Serengeti highway project officially dead and buried.

The minister would also not be fully drawn into questions over the fate of the Udendeule Forest adjoining the Selous, giving his hidden message between the lines of answering that this too is a matter for the Tanzanian government to decide and no one else, in other words letting them do as they please with no concern for the environmental impact of interfering with such a crucial ecosystem. Here the full impact of the recent presidential directive of withdrawing the application to UNESCO for recognition of the Eastern Arc Mountains becomes clearer as it portrays the Tanzanian governments intent and purpose to recklessly exploit such resources without having to justify their actions to international bodies like UNESCO as was the case over the Serengeti highway plans which were ultimately brought to a halt by a global network of environmentalists, conservationists, activist and finally the crucially important tourism industry. The latter had threatened to decampaign Tanzania as a tourist destination, in the process also galvanizing local opposition from tourism stakeholders and associations, leaving government in the end no choice but to make a U-turn.

One of the Selous’ main attractions, the Stiegler’s Gorge, is also under threat as plans from the early 70’s to build a hydro electric power plant and dam have recently been dusted off and revived, which has already drawn criticism about the reckless approach by the current Tanzanian government in dealing with their natural resources supporting tourism, and this latest approach vis a vis uranium mining only deepens the suspicion that not all is well within the government’s top echelons and their departure of the commitments made by founder president Julius Mwalimu Nyerere in regard of environmental policies.

A recent article ‘The Corridor of Destruction’ had outlined a number of critical issues, including the plans for a soda ash plant at the breeding grounds of the lesser flamingos of East Africa near Lake Natron, all the way down to the coast where the only 3 year old marine national park near Mwambani is due to be turned into a new deep sea harbour only miles away from an existing facility in Tanga.

UNESCO in the meantime will be assessing this latest assault on one of their globally acclaimed sites and in all likelihood send a team of assessors and inspectors to the reserve to establish what impact a full scale uranium mining operation will likely have on the Selous, in particular the required roads to the mine, the housing and production areas and the site where gravel and rock from the excavation will be stored above ground – especially in regard of radiation exposure to humans, animals and the water sources originating  or crossing the part of the park intended to be set aside for the new mining venture.

What is clear though once again it that Tanzania has learned little if anything from the controversy caused over the Serengeti highway plans and is once again pursuing a confrontational course with conservationists and the green lobby, which they may still rue in time to come should an equally determined opposition be formed against the violation and assault on the Selous as was the case with the Serengeti. 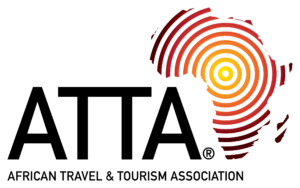