Chaotic scenes from Entebbe International Airport, telling images widely distributed by affected passengers to their own social media channels and passed on to international media, prompted the Uganda government to stop the detention of arriving passengers at the airport, where they were to wait for PCR test results to be released first before letting them go.

Families with children, people with disabilities, the elderly but also most other passengers appear to have built up a raging anger, when after being subjected to a PCR test on arrival they had to wait for hours at end before results became available.

Uganda’s government had directed that all arriving passengers, irrespective of vaccination status and irrespective of the otherwise also mandatory PCR test before boarding their flight to Entebbe, must undergo a PCR test again on arrival – and pay 30 US Dollars for it.

Flights arriving in quick succession then caused a backlog, both at testing and holding pen as well as at other locations of the airport, including the baggage area, where bags were offloaded but the owners were kept inside before they could collect their suitcases at times hours after landing.

Uganda’s health minister and other government officials subsequently rushed to the airport to witness the mess they had created – warnings from airline and travel experts were as usual ignored – before then reversing some of the measures to avoid yet more negative publicity for the country, where tourism continues to suffer and had been dealt another blow with the new regulations.

Presently, and as of midnight last night, can passengers, after being PCR tested, at least leave the airport to their homes or hotels and await the test results there – but in mandated self isolation which they cannot leave should the transmission of results be delayed.

The move was welcomed by the airline and travel industry and social and local media as a first step in the right direction.

Kenya in contrast had at the same time lifted all night time curfews and no longer has mandatory PCR pre-departure tests, with passengers leaving Nairobi or Mombasa on international flights now being responsible themselves to meet the health regulations of transit or final destination. Tour and safari operators but also hotels have taken instant advantage of the relaxed rules and, while not openly decampaigning Destination Uganda, nevertheless made all the right noises to pull tourist visitors to their shores, away from complicated, costly and counterproductive measures elsewhere.

Uganda tourism circles are now advocating for the lifting of the night time curfew, which some described to ATCNews as no longer COVID19 related, the complete scrapping of the arrival PCR test except for travelers from designated hot spot countries, the release of additional funding for tourism marketing, tax and duty concessions on, among others, tourist cars, hotel equipment and related new purchases while also demanding consultations with industry bodies prior to announcing and implementing regulations and directives, which then earn the country ridicule from within and abroad. 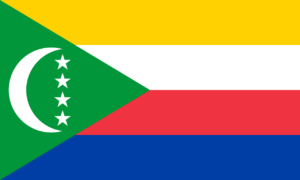