#VoyagesAfriq – one of ATCNews’ West African partners, gives their view on #UNWTO in 2018 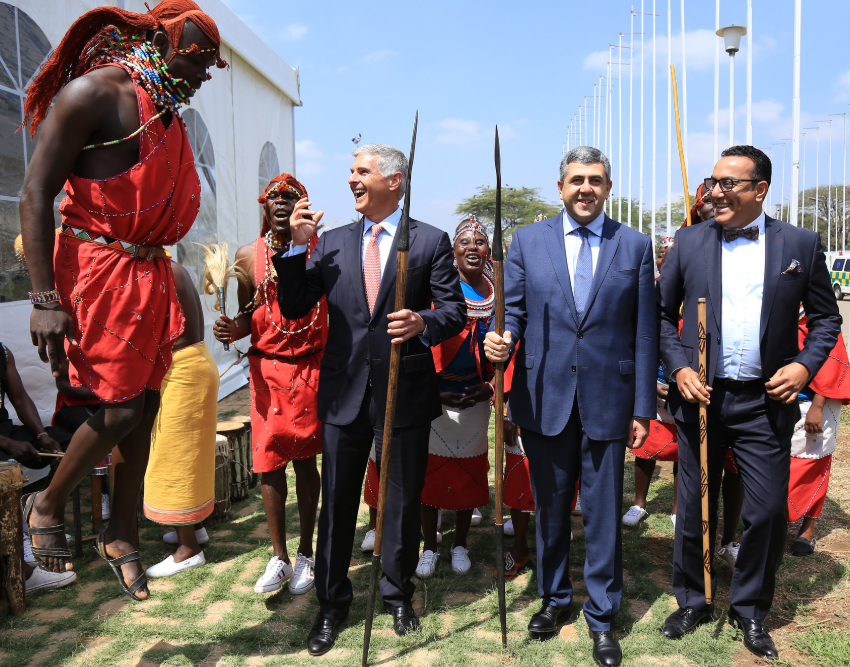 By Kojo Bentum-Williams, Publisher and Editor in Chief of Voyages Afriq, Accra, Ghana

Photo: The SG along with Chris Nassetta of Hilton and Kenya’s Tourism Minister Najib Balala tries the Massai jump at the opening of Magical Kenya Travel Expo

Tourism in Africa has seen appreciable development in the last two decades and has shown resilience in a continent which has become synonymous with terror attacks, disasters (natural & manmade) coupled with the unfair travel advisories issued by western nations against the continent.

Many countries in Africa are at their take off stage in terms of tourism and the twenty first century has made it an experience to travel though it comes with its challenges. However, due to its cross-cutting nature, tourism is now widely considered as one of the most promising tools for economic transformation and a key solution for youth employment and women’s empowerment on the continent.

The first week of January this year saw a new leader to chart the global tourism course from the World Tourism Organization’s (UNWTO) Calle Poeta Joan Maragall headquarters in Madrid, Spain.
Ambassador Zurab Pololikashvili, Georgia’s former Ambassador to the Kingdoms of Spain and Morocco took over the reigns of the world’s tourism organization from Taleb Rifai who was instrumental in placing Africa on the world tourism stage.

Zurab, with a rich depth of economic and private sector service experience, set out his plans for the organization with Tourism and innovation, expansion of membership of the UNWTO and a renewed focus on the role of education as his immediate priorities. The Secretary General will hit the ground running and tourism’s number one diplomat will jet off to Portugal for his first official trip. That will be followed with series of international engagements and attending the various commissions for their inaugural meetings under his tenure.

Africa’s first taste of Zurab’s leadership at the organization was at IFEMA in Madrid where he participated in the FITUR Tourism Trade fair, one of the world’s biggest expos. He joined the King of Spain and other high-ranking officials to open the exhibition.

Zurab’s maiden African expose was at a major African tourism investment forum (Investour) organized by Casa Africa and UNWTO. He wasted no time in laying bear his vision for the continent. His major pronouncement was hoping to showcase to the world the good news happening in Africa and he believed it was a catalyst to spur development across the continent.

On the sidelines of FITUR, he assured member states and the tourism world about his willingness to carry everyone along to deliver on the mandate entrusted to him by the Executive Council and subsequently rectified by the General Assembly in Chengdu, China. 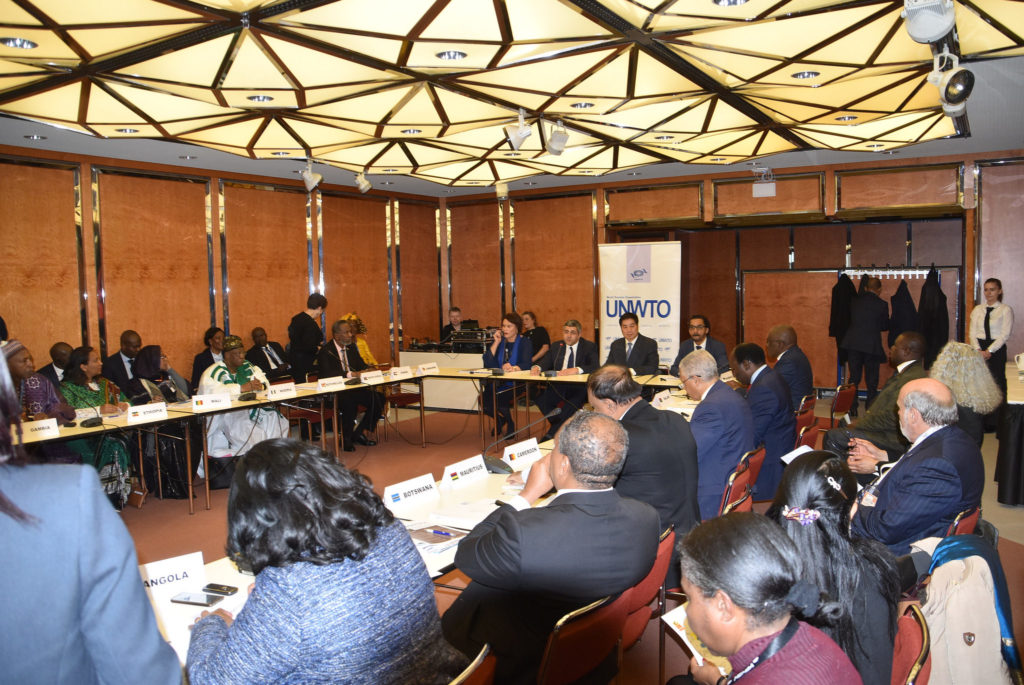 The African Tourism Ministers meeting during ITB Berlin in 2018

He also outlined his vision of working and bringing UNWTO closer to Africa and this he believed will start with staging Investour on the continent and is most likely 2020 will see the first of the event on the continent. His interaction with members was cordial and assured of a good working relationship with the CAF chairman, Kenya’s Najib Balala to ensure brand Africa is delivered.

His hands on approach and effective exhaustive process with the establishment ensured that he had thorough engagements with members to develop his ten points Agenda for Africa which will guide his works on the continent. This was a vision he started developing exclusively right after his appointment by the General Assembly in Chengdu before he even took office that he translated into what is called the Agenda for Africa. Through a strategic consultative process with the members and in line with the Sustainable Development Goals (SDGs), the result ended up being a consensual ten points agenda: 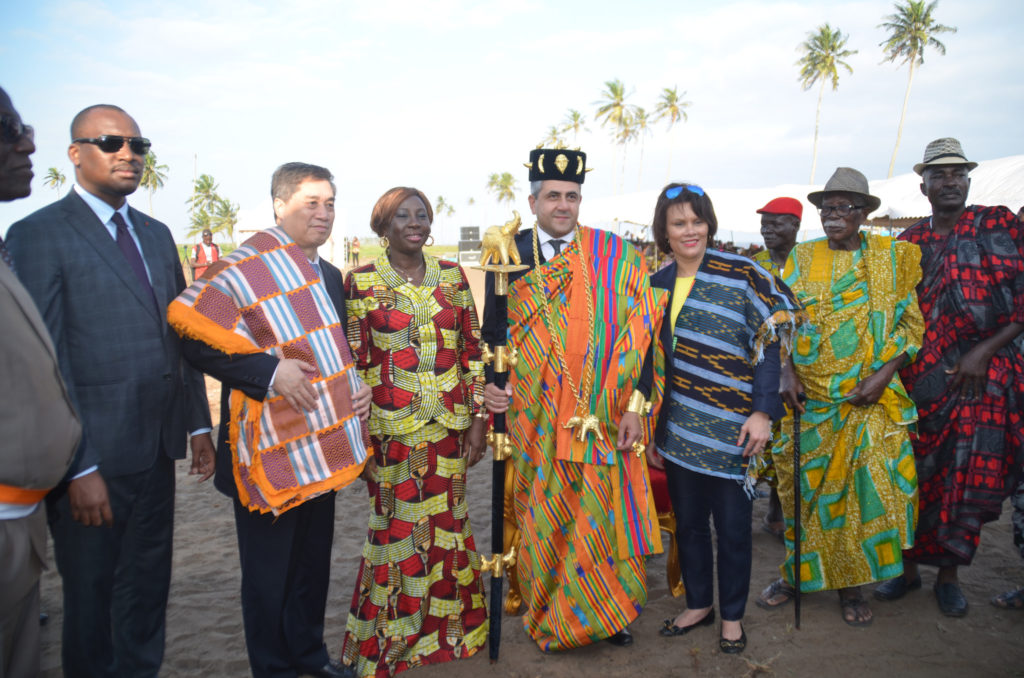 Following that successful meeting in Madrid, he held bilateral meetings with African ministers and listened to their needs and how UNWTO can help shape their sector. The Agenda for Africa was tabled and was to be followed with actions to be firmed up at ITB Berlin Convention in March 2018.
A Ministers of Tourism meeting was convened during the International Tourism Bourse (ITB) in Berlin and once again reiterated his points of growing numbers to Africa and also tap into the existing tech hubs on the continent to spur the development of tourism startups.

The Africa department, in line with its regional integration approach, continued with the engagements with member states and within the last year seen capacity building and major training and workshops taking place on the continent including the launching of several projects. Among others, UNWTO partnered with the West African regional economic community UEMOA to hold a security and tourism workshop in Senegal this month, in Algiers a regional capacity building workshop involving 11 countries on Tourism Statistics took place, a regional conference was held in Kinshasa, DRC with the support of Chinese group Chimelong on biodiversity conservation and environmental protection, along with capacity training and crisis communication workshops in Comoros and Madagascar respectively. New projects saw the light in Guinea, Côte d´Ivoire, Gambia, Botswana, Malawi, Algeria, DRC, Zimbabwe and Seychelles. 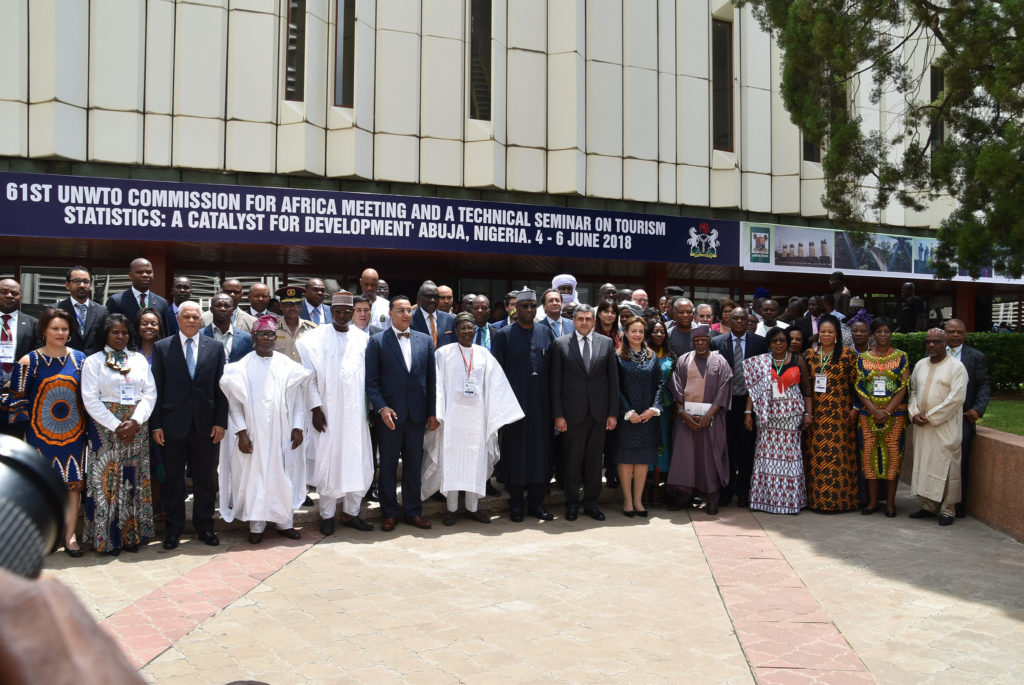 His maiden trip to Sub Saharan African arrived during the 61st UNWTO Commission for Africa (CAF) meeting in June in Abuja where for four days he worked with members of the commission on how to work on the brand Africa agenda and also created opportunities in the travel industry with disruptive travel technologies. In his address to delegates and the media, he emphasized the need for a strong political will to achieve the objectives and goals of tourism for respective countries.

Ambassador Zurab Pololikashvili conferred on Africa’s richest and Nigerian billionaire Aliko Dangote the UNWTO Special Ambassador for Responsible Tourism making him the first African to be appointed to help in the advocacy for responsible tourism.

In less than a month later, West Africa received Zurab and his team again on a working visit to Ivory Coast. His working visit took him to meet with the senior management of the African Development Bank and lay out his vision and ignite the partnership between the two key organizations. He also visited hospitality institutions and his call for collaboration with the UNWTO academy to help produce the best for the competitive tourism market. He was thrilled by Africa ‘s reception and reechoed his concern about Africa’s low receipts as inadequate and the need to grow it. 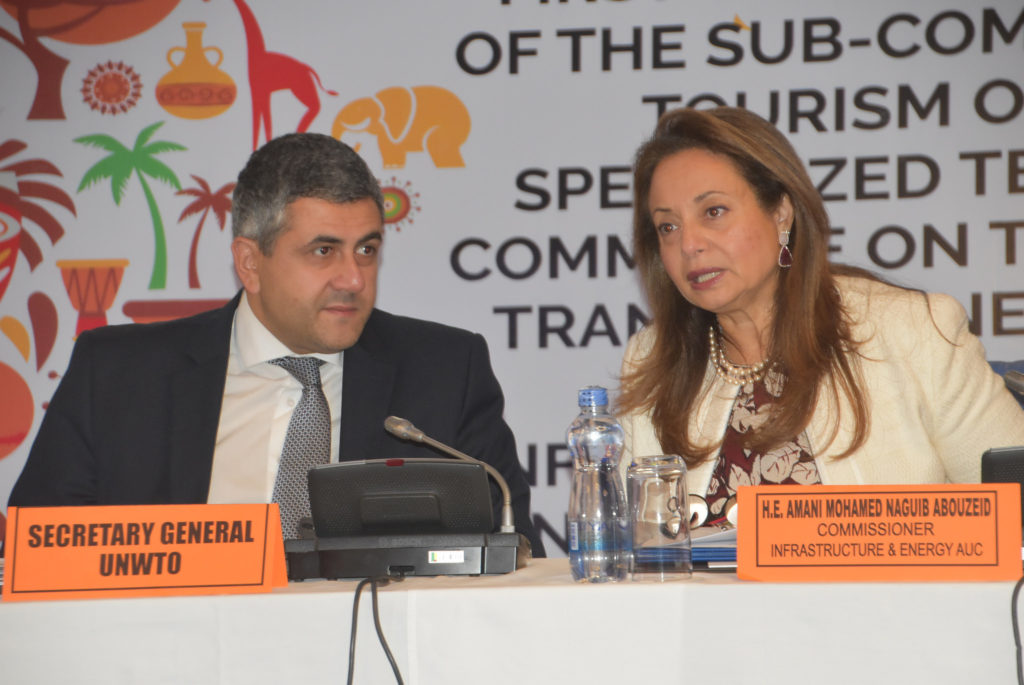 He was back in Africa with a visit to Kenya to attend the African Union Ministers meeting. He implored the media and the world to communicate the good stories and things happening on the continent. He called for more avenues to discuss and look for the way forward for Africa with concrete projects. He impressed on the African Union Commissioner in-charge of infrastructural and Energy Dr Amani Abou-Zeid to make tourism on high priority for the organization and develop joint initiatives with the African Union to revise Africa´s tourism blueprint and streamline the tourism sector in the national development agendas of the members of the region.

Speaking to participants at the welcome cocktail for the Magical Kenya exhibition, Mr Pololikashvili promised to support Kenya to make next year’s Magical Kenya Travel Expo (MKTE) bigger with new products and innovations to grow the sector. His key message on the night was about growing the tourism figures to Kenya. He said “its surprise for me that Kenya is receiving 1.5 million with its diverse tourism offerings. 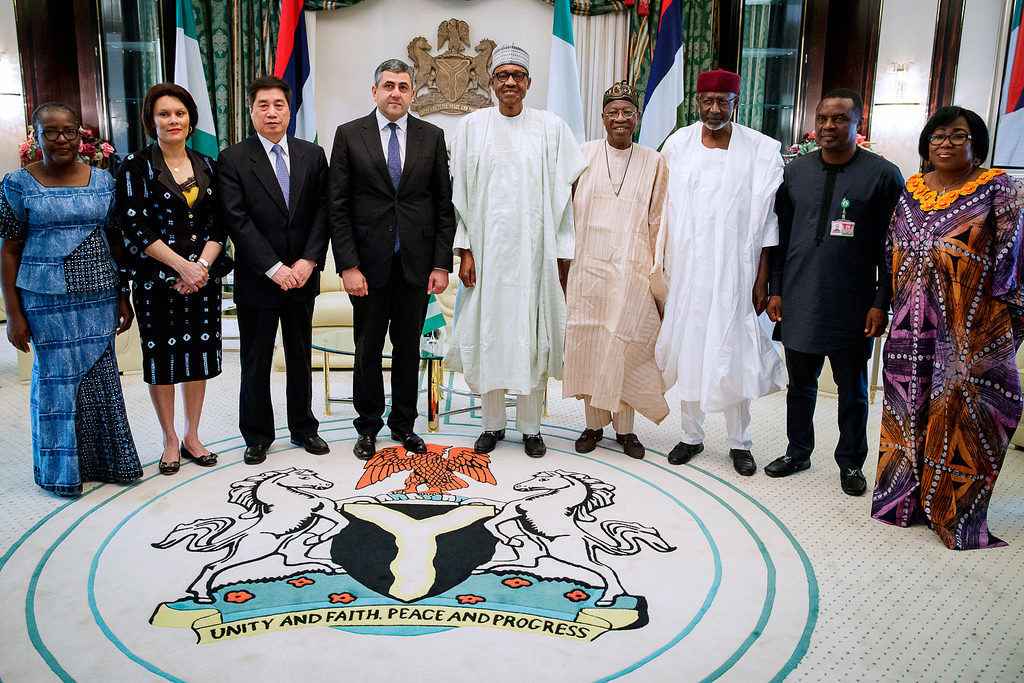 The Africa Hotel Investment Forum also had the privilege of hosting the Secretary General and a Team of AU ministers in Kenya.

It must be emphasized that this piece does not suggest an hunky-dory about tourism development in Africa but an assessment of the Secretary General’s nearly one year of stewardship and the African interests. We will be keeping a close tab on some of the initiated projects such as the travel tech hubs in Africa and the SG’s engagements with Africa’s private sector.
The journey has seen its first 11 months and we can only ask for more for a continent with so much potential.