The mixed bag of hotel developments in Africa

HOTEL DEVELOPMENTS IN AFRICA – WHO LEADS AND WHO TRAILS THE JUGGERNAUT

The report however also points out that if one creates a ranking not by number of rooms but instead by the number of hotels, Marriott would take the top spot with 36 in their pipeline, followed by Carlson Rezidor with 32 and Hilton with 29.

Best Western has 12 new hotels in its pipeline, but the average size of hotel is lower, at 93 rooms, and therefore drops out of the top ten when the pipeline is analysed by number of rooms. Both Kempinski and Fairmont focus on large, luxury hotels (Kempinski with their single brand, and Fairmont developing Raffles, Fairmont and Swissotel) and have the largest average number of rooms in the survey.

Mangalis is a new chain, launched in 2013, with its first hotel openings expected in 2015, in Conakry and Dakar. It is of note that Mangalis is achieving its very rapid growth by adopting an ‘asset-heavy’strategy, funding the development of nearly all of its hotels. This is in contrast with virtually every other chain in the survey, who are ‘asset-light’, seeking management agreements or, exceptionally, franchises and leases.

If, instead of looking at the chains, one looks at individual brands, Carlson Rezidor’s Radisson Blu brand occupies first position in terms of the number of hotels and rooms in its development pipeline. Its sister brand, Park Inn by Radisson, is also in the top 10, whilst the Hilton brand and its “little brother”, Hilton Garden Inn, occupy second and fifth positions respectively. Marriott and Starwood each have two brands in the top ten, with Starwood achieving particularly strong growth for both brands, Sheraton and Four Points.

Marriott leads in presenting a multi-brand offer, with 10 brands available to developers, including four brands included for the first time since its acquisition of Protea last year. This multi-brand approach has become more commonplace as Africa’s markets continue to develop and become mature enough for multiple brands, catering to markets across a broad spectrum. Having led their market entry with their flagship brands, typically at the upscale level, several of the chains are now introducing their midscale and budget brands.

Kempinski has been signing the biggest deals, with an average 324 rooms per hotel, double that of Park Inn, and of all the chains in the survey has the largest hotel project in sub-Saharan Africa, the 451-room Grand Hotel Oyala Kempinski in Equatorial Guinea’s future new capital, Oyala.

Hyatt and Kempinski are set to double their African presence through new deals signed, but in percentage terms it is the smaller chains (in terms of African presence) including those focusing purely on Africa, such as City Blue, Onomo and Azala?, that have the highest percentage increase. Rotana, the Abu-Dhabi based chain, are making rapid inroads into the continent, with eight new hotels in the pipeline, as is Swiss International, with 16 new franchise deals, of which more than half are in Nigeria.

Especially readers in Eastern Africa will no doubt sit up and take notice as the name Hilton, in both Kampala and Nairobi, is now somewhat tainted. The so called Kampala Hilton, under construction since 2006 and still not ready after nearly 9 years, has sullied the name Hilton by sheer association and made it the focus of some acid jokes and of course does the state of the Nairobi Hilton, still self-described as a luxury property, make everyone in the trade shake their combined heads, not that any visible action or reaction is apparent about either of the two named properties. 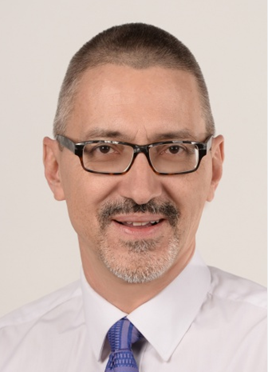 In closing has Trevor Ward, Managing Director, W Hospitality Group commented on the report as follows: ‘These figures highlight two trends in African hotel development, first that the main opportunities lie in the midscale segment, and second that such hotels are “easier” to develop. Hilton, for example, have launched a modular build solution for upcoming Garden Inn projects in Africa, in conjunction with CIMC Modular Building Systems – modular guest rooms and hallways are built in the factory, ensuring guarantees of cost and quality, as well as enabling faster development’.

Matthew Weihs, the Managing Director of Bench Events, which organises the Africa Hotel Investment Forum (AHIF) attracts all the major international hotel investors in Africa, where this report will be discussed in detail, added his own voice when saying: ‘The economics are compelling. The World Travel & Tourism Council is forecasting that growth of the industry in SSA will exceed 5% for every year of the next decade. That is much stronger than most Western countries and too tempting for the major hotel chains to ignore’.

AHIF again takes place in the Ethiopian capital Addis Ababa this year between 30th September to 01st of October, after changing the location from Nairobi last year over security concerns. This followed two hugely successful events held at the InterContinental Hotel Nairobi in 2012 and 2013.