#BreakingNews as #CompetitionAuthorityofKenya for all intent and purpose grounds #Fly540

Information has come to light that the Competition Authority of Kenya has effectively grounded Fly540, after directing them yesterday to cease and desist selling tickets and refund any tickets sold since 30th of September. This would also confirm other reports received from Kenya over the past few days that the offices of Fly540 had remained closed and phones and emails from clients and the general public went unanswered. 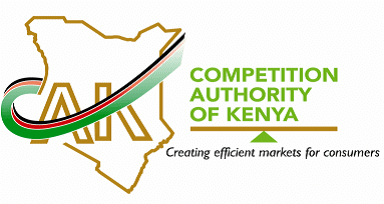 CAK as a major reason cites the expiry of the Air Operator Certificate, in short known as AOC, on the 30th of September among several other reasons why this drastic step was taken.

‘CEASE AND DESIST ORDER PURSUANT TO SECTION 37 OF THE ACT
The Competition Authority of Kenya (“the Authority”) is a State Corporation established by
Section 7 of the Competition Act No. 12 of 2010 (“the Act”). The Authority’s mandate is to enforce
the Act with the objective of enhancing the welfare of the people of Kenya by promoting and
protecting effective competition in markets and protecting consumers from unfair and
misleading market conduct.
Pursuant to Sections 31 and 70A of the Act, the Authority undertook market screening into
consumer-related infringements emanating from the increasing number of consumer complaints
against Fly540 Limited (Fly540). The foregoing stems from conduct prohibited under Part VI of
the Act, including but not limited to:
i. False and misleading information on your capability to provide air transport services to
passengers and the possibility of amending flight itineraries;
ii. Arbitrary and, or short notices of cancellation of flights; and
iii. Inordinate delays in refunding your consumers.

The foregoing infringements are in contravention of Section 55 (a) (ii) and (v) of the Act on false
and misleading representations and Section 56 (1) of the Act which forbids engagement in
conduct that is, in all the circumstances, unconscionable, as assessed under the criteria at Sections
56 (2) (a) (b) (d) and (e) of the Act.

The Authority further notes that despite issuing a warning on 29th July, 2022 (Ref:
CAK/CPD/06/991/A (07)) requiring Fly540 to adhere to the provisions of the Act and Competition
(General) Rules, 2019 in conducting business, and highlighting the consequences of the
recurrence thereof, the Authority has continued to receive complaints from consumers indicating
your continued non-compliance with the provisions of the Act.

The Authority is also aware that your Air Operator Certificate (AOC) expired on 30th September,
2022 and accordingly you are not authorized to offer services. Equally we are aware that you have
suspended operations at the JKIA terminal 1D/terminal 2 and your offices at Watermark Business
Park‚ Karen remain inaccessible to the affected public.’

It then goes on to state:

‘Pursuant to the provisions of Section 37 of the Act, Fly540 Limited is HEREBY DIRECTED BY THE AUTHORITY TO WITH IMMEDIATE EFFECT, CEASE AND DESIST FROM:

Advertising for flight bookings in electronic media, print media and social media or receiving
any flight bookings from the public or their representatives and or in any other way holding
yourselves as being in a position to offer flight and related services to customers to and from any
of the airports within the Republic of Kenya until the ongoing investigations are completed.

Further, Fly540 Limited IS HEREBY REQUIRED BY THE AUTHORITY TO:

a) Refund all moneys received from consumers it has sold tickets to from 30th September,
2022 to date;
b) Refund all moneys received from consumers who had purchased their tickets before 30th
September, 2022 and their flights were arbitrary cancelled;
c) Effect the refunds indicated in (a) and (b) above, within thirty (30) days from the date of
this Order and revert to the Authority with evidence of compliance by end of day 30th
November, 2022.
d) With immediate effect, issue a notice to their agent(s) to desist from selling any more
tickets.
e) Within seven (7) days of receipt of this Order furnish the Authority with evidence of
compliance with the conditions set out herein.’

The COK further adds to Fly540’s woes in the closing paragraph of the letter, which speaks in case of non compliance, once convicted, of both fines and a jail term of up to 5 years.

‘TAKE NOTICE that failure to comply with a lawful order of the Authority given in terms of the
Act constitutes an offence under section 89 of the Act and on conviction the Directors shall be
liable to a fine not exceeding five hundred thousand shillings or imprisonment for a term of five
(5) years or both.’

Fly540 has over the years attracted much negative attention, as often reported on www.ATCNews.org in related articles, has repeatedly faced court cases and generally been perceived as being far below best corporate practices standards.

It is not known at this time if Fly540 will take the matter to court to try and reverse the directive, but given the aviation business climate in Kenya and the fact that the airline’s AOC had lapsed – or was perhaps not renewed upon application by the Kenya CAA – would suggest that the writing is on the wall for them as the market will no doubt react sharply to the breaking news.