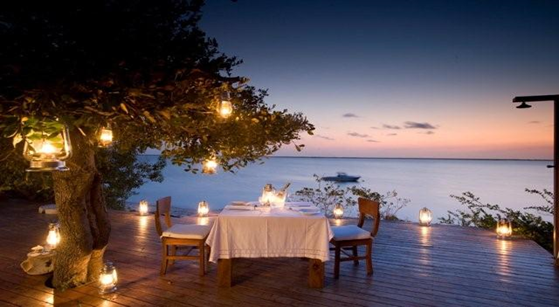 Honeymoons? HONEYMOONS??? Oh, well, it is her topic after all and the best
to those aspiring to tie the knot and submit
to ball and chain …

For the intrepid traveler, East Africa offers the ultimate fun field at any given season. From vast stretches of sunny and sandy beaches, ancient cultures, world heritage sites as well as bounteous wildlife roaming the hundreds of natural habitats. This is not to say that romance and intimacy cannot be achieved, in fact some of the most celebrated honeymoon resorts, luxury camps and private islands are found on the region. From exclusive cabins in Vamizi island to moonlit cruises on the Nile, and air-borne safaris across jungles; here are the region’s top honeymoon spots as recommended by real travelers who have booked their first post-nuptial holiday with us at Jovago.com

While Vamizi is nestled in the serene environs of the Quirimbas Archipelago, Paradise Islands (Santa Carolina) is the most accessible of Bazaruto’s five islands. The two jewels rival each other in sheer charm, presenting a dilemma to any couple dreaming of pure indulgence and intimacy. Both are circled by the still, turquoise waters of the Indian Ocean, with mangrove forests, river deltas, and ancient fishing villages dotting the shorelines and quietly binding the territory. While Paradise Island was a hit with lovers and wealthy Rhodesians before the Mozambican war –the shadows of the abandoned resorts have actively come to live as forts of solitude and exclusivity. Vamizi on the other hand retains her charm, which was very well immortalized in the words of iconic Daniel Craig of James Bond who claimed to have left a piece of his very bold heart on the crescent shaped isle! 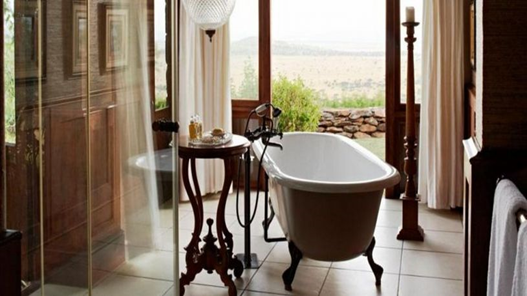 If you are looking for nature in its most virgin form, Serengeti in Tanzania has more than just character. The location, activities, wildlife and the general panorama is excellent. Depending on your budget, you can chose any of the relatively simple but excellent in service lodges or splash on the luxurious cottages such as Singita Ssasakwa Lodge. The difference is all in the century old-furnishings in the manor houses, rustic trinkets and antique fireplaces with a great resemblance to royal grandiose. The guiding, game drives, menus, balloon rides and outdoor activities will mostly offer a common denominator for any couple starting off at Serengeti. 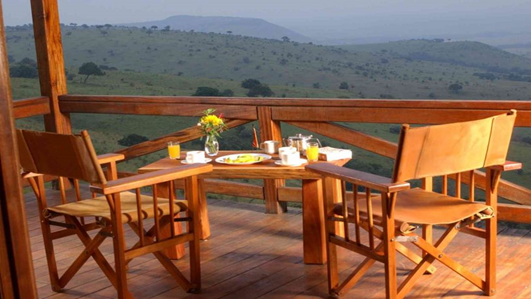 Yearning for a rustic, out of Africa honeymoon setting? Masai Mara, will shower honors on your travel diaries! You can opt for lazy days in one of the many luxury camps, while sipping your favorite cocktail along the river banks, or join the Masai community in their daily rituals. The Mara is also renown for hosting the greatest animal migration, and if you say ‘I do’ in the right month, then you will be joined by thousands of explorers who have traversed continents to witness the wildebeest migration! If rustic and not luxury describes your inner style, try taking up the camping option, and al-fresco your couple baths right under the indigo sun sets! 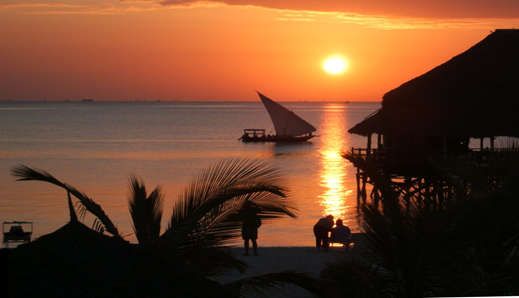 For the ultimate and most giving beach honeymoon, Zanzibar is your best option! The Indian Ocean Archipelago is easily accessible from Dar es Salaam via ferry or on a flight from Nairobi. Zanzibar offers a timeless experience with cultural and heritage sites in Stone Town such as House of Wonders and the Museum Palace. Beyond the stone walls is a beach ablaze with activity, it’s a great location for fresh sea food as well as discovering Swahili cuisine. No trip is complete without a visit to the Spice Island of Pemba, and the eco-mooners can also make a nightly sojourn on Chumbe Island for an exploration of the famous Chumbe Island Coral Park. Still a day on your itinerary? Take a quick flight to the mainland for a drive in the nearest park before kicking it back on shore in time for a sun downer cruise.

NAIVASHA and the Rift Region

For just less than two hours on the road, you will have bade farewell to the urban capital of Nairobi and said hello to the charming countryside of Naivasha. The lakeside has numerous boutique hotels designed in the pre and colonial times, depicting a romantic fairytale that defies all odds and standing out are the Lake Naivasha Country Club and the Enashipai Resort.

The Rift Valley region is home to numerous lakes, boasting of abundant birdlife as well as other features such as cliffs, rocks and the popular Hell’s Gate, home to the Lion Kings domicile. It’s a great destination for couples keen on exploration, rather than relaxation. And yes, husbands who get bored that quickly can take up a game of golf nearby, of course with no guarantee that the bride will still be there after he completed 18 holes, visited the 19th and then staggered ‘home’ …

For those keen on kicking off bucket-list items before the little ones show up, trekking gorilla’s in Rwanda would make for a great idea. It’s however important that you make proper arrangements prior to walking down the aisle. Make sure your body is ready for the uphill task, get all your vaccinations and book your permits if need be. There are great lodges in Volcanoes Park (French: Parc National des Volcanos) – the northern extension of Virunga Mountains, to welcome you with a few honeymoon treats as well as plan your excursions. And just an hour’s drive on are the shores of Lake Kivu with some charming honeymoon locations … Choices galore for the intending couples …

Like Loading...
PrevPreviousBeach Crazy? Read on for Lillian’s recommendations this week
NextTanzania’s Karibu Travel Market brings spotlight back on the countryNext