Yesterday, while in a chat with a senior staff at the Zimbabwe Tourism Authority, was I pointed to a link of an article which after reading just a few lines captured my imagination. You set out for a game drive, not really equipped to spend the night in the bush should the unexpected happen and yet, more often than not Murphy’s Law comes into play and hey presto, one is stuck out in the bush overnight.

Thank you Nellia for the tip! 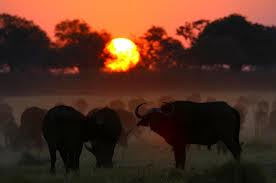