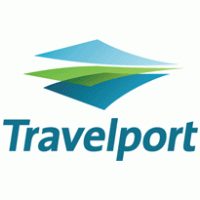 The countries that have seen the greatest growth in flight bookings from travellers in Kenya1 in the last 12 months are the United Arab Emirates, Pakistan and Spain, according to analysis conducted by Travelport (NYSE:TVPT), the leading Travel Commerce Platform.

From 1 August 2017 to 31 July 2018, bookings made2 in Kenya through all global distribution systems (GDS) to the United Arab Emirates (UAE) increased by 675 on the previous 12 months. Due to the large volume of flights that leave Kenya for the UAE, this represented an overall growth of 2%. The greatest spike in bookings to the UAE was registered in June 2018, up 33% on June 2017.

Guido Verweij, Travelport’s Regional Managing Director for Africa, said: “The data suggests the volume of overall bookings made in Kenya to international destinations has largely remained steady over the last 12 months. What’s interesting, however, is that the countries that have experienced growth, have not been those with large booking volumes like India (1st), Uganda (3rd) and China (7th). Instead, it’s come from trips to countries like Pakistan and Spain, which have lower volumes. This highlights the power of analytics tools as they enable travel agents and airlines to identify trends like this in real-time and respond accordingly. While the growth volumes seen here aren’t high, collectively they offer an opportunity for travel companies.”

Verweij added: “We believe bookings to the UAE rose primarily due to the recently established Dubai Visa Processing Centre in Nairobi, opened to meet the increasing number of visa applicants heading to Dubai. The increase in bookings to Pakistan may have been linked to a spike in people traveling home of Eid Al Adha, which fell in September last year. The rise in bookings to Spain is likely to have come from growing demand for cruises that leave from the country. These have been heavily promoted in Kenya over the last year.”

Egypt and Nigeria completed the top five positions in the table compiled by Travelport. Egypt saw an increase of 492 (+15%) in bookings made from Kenya through all GDS, while Nigeria recorded a rise of 462 (+8%). The greatest spike in bookings to Egypt was registered in February 2017, with volume up 70% on last year. In Nigeria, the peak month was June 2018, with bookings up 46% on June 2017.

Later this week, Travelport will participate in The Kenya Association of Travel Agents’ (KATA) inaugural Annual Convention. The convention will combine a Travel Agents Innovation Forum, sponsored by Travelport, and KATA’s Annual General Meeting (AGM). At the event, Mr. Verweij will conduct a presentation on technologies transforming the travel experience, one of which is big data. Brent Mclaren, Travelport’s Regional Product Manager for Africa, will also discuss the evolution of the travel distribution landscape, with a focus on what IATA’s New Distribution Capability (NDC) standard means for travel agents in the region. Nita Nagi, Travelport’s Country Head for Kenya, will deliver welcoming remarks.